Healthy Actions During an Argument That Help You Keep the Peace 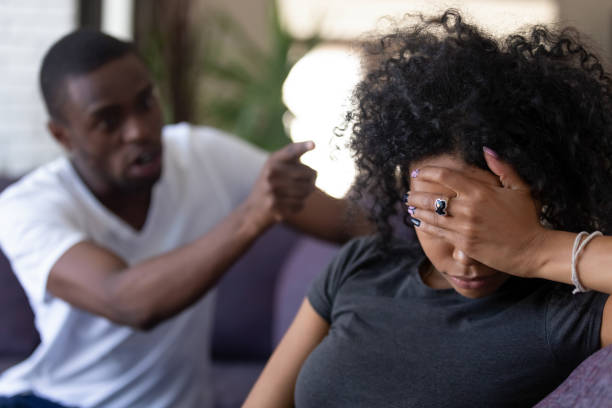 It is difficult to maintain a serious relationship – there are demands, coexistence, routine and small stresses that end up gaining a great importance in the life of a couple. These little fights that are born out of living with each other never lead to anything – they just hurt, stress and erode your union.

Since these arguments do not help your marriage in any way, why not put an end to them or better put, avoid them completely? We have gathered these simple actions to help you avoid arguments and restore peace in your home.

There is so much stupid reason that it makes us lose our heads that it is more than necessary to ask that question. For everything, take a deep breath: “will it be worth it?” and, in silly fights, you will realize that the answer will always be no .

The worst thing about these fights is that it is only afterwards that we realize how unnecessary it was to fight over it. So how about starting to realize this before ruining your day? In conversation everything is resolved.

As serious as your dissatisfaction may seem at the moment, reflect on its true importance. There are more serious problems between a couple than one who promised to call and forget or that he or she returned later on Friday, right?

3. Don’t solve anything with a warm head

It is hot-headed that the worst tragedies in relationships happen, since it doesn’t take much for the situation to get out of control and take astronomical proportions. If you are already in a stressful situation, put it in your head that nothing will be resolved now. Nothing at all. The best thing to do is to calm the spirits and resume the conversation at another time.

4. Watch your words: you can’t erase what has already been said

In the heat of an argument, we can miss out on rudeness, insults and disrespect, and this is how a fight becomes serious. Words have a much greater power to hurt than people realize and once spoken, can even be forgiven, but may never be forgotten. Instead of saying things you might regret later, pause and walk away.

If you have a habit of raising your voice in any discussion, just stop. It is not who screams the most that gets the better of a couple. Paying attention to the way you address your partner is critical to avoiding unnecessary hassles. Raising your voice during an argument doesn’t make you right neither does it make you heard or understood. Your perspective and thoughts will be better comprehended when you speak calmly.

6. Learn to listen to the other side of the partner

There are two sides to this marriage. As much as it is difficult in a discussion not to think only of your side, learn to listen to understand what caused this conflict and, thus, end this fight before it even starts. Know that you may not always be right even though it is difficult to realize and accept. Learn to listen to your partner in a conversation, it helps you avoid unnecessary quarrels.

7. Show flexibility in the face of conflicts

Many couples tend to have these silly fights because things didn’t go the way one expected. This is where you should use your flexibility to minimize the importance of these unforeseen events.

So what if the cinema you booked today is not going to happen anymore? What if instead of going to that fancy restaurant you will have to stay at home? These little details can be worked out later, the important thing is that you adapt to the situations and let go of the fights.

8. Don’t dig up old problems to justify yourself

This is one of the major ways most people approach situations but it is completely wrong. Bringing up that discussion that you had in 2003 to justify your actions or to criticize your partner’s actions is prohibited. Resolving every conflict and not leaving loose ends is the secret of any healthy relationship.

Do not go to bed angry at your spouse. Resolve every problem before the next day so you don’t have any pending issues and, in the future, you won’t have any regrets or past hurt to dwell on.

9. Let go of fights over differences of opinion

One of the most common types of fights that lead to heated quarrels is difference of opinion. It is normal for you to think differently but trying to convince the other person especially when an argument has commenced doesn’t usually go well. People are different, and you need to respect each other’s opinions and positions.

10. Lose the habit of blaming your partner and pointing out their mistakes

In addition to avoiding these fights, it is important for the couple to avoid fights in public. A public place, mall or restaurant is not the ideal place to discuss the relationship. It is uncomfortable for the people around you and it makes people see you in a different light. Remember the saying, don’t wash your linens in the public. If you have an issue, settle if at home and don’t bring it to the public place. It spoils your image.