HELICOPTER PARENTING AND WHY YOU SHOULD AVOID IT 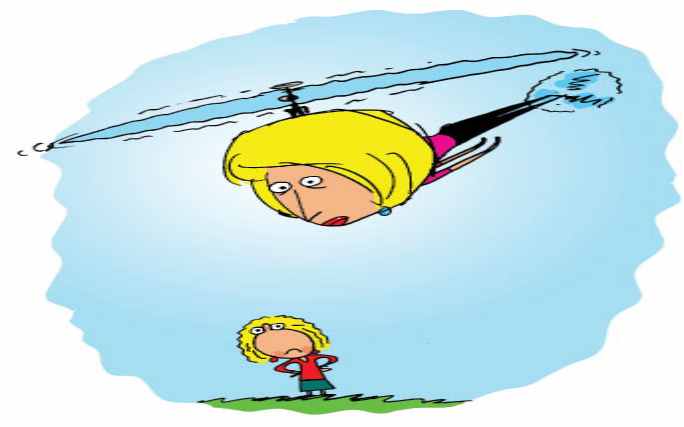 These days, there’s a name for every type of parenting style. One of the most common ones is “helicopter parenting.” For those who aren’t familiar with term, it was first used by Dr. HaimGinoitt in his 1969 book Parents & Teenagers as a way that teens described parents that hovered over them like a helicopter to get things done.

Now it’s become synonymous with overachieving parents who are over focused on their children. These parents are like micro-managers in the office and are constantly on top of their children as they learn about life, often times even doing stuff for their children that they shouldn’t be. “Overparenting” and the need to control everything is a direct consequence of helicopter parenting.

Usually seen with parents whose children are in high school or in college, it is now being practiced by parents of toddlers and elementary-aged children. A helicopter parent is always shadowing the child and directing his behavior, allowing him zero alone time to experience and figure out the world himself. For those with children in elementary school, these parents are usually choosing which activities the child is in, who his friends are and even doing their homework and school projects just to ensure that they result in above average grades.

We all love our children, but not allowing them to experience things on their own is something negative about helicopter parenting styles. A parent can fall into this parenting style by accident by starting out with good intentions that can then progress into overparenting. Many parents develop this parenting style for a number of reasons.

Maybe they’re afraid of their kids failing without extra assistance, causing them to later fail at things in life. Or a parent might have had a rough childhood and felt unloved, causing them to overcompensate now as a parent themselves. Some might even feel pressured by other overinvolved parents to do the same.

Whatever the reason is, there are much better parenting styles to adopt than that of a helicopter parent. Most times, children don’t get to build any type of confidence in themselves with mom and dad always over them fixing their mistakes. They can’t learn to take pride in their achievements because mom and dad are doing everything for them. Children will never learn responsibility, either. They’re just relying on mom and dad when something goes wrong, letting them fix it.

Other  kids might believe they have a sense of entitlement since their parents always make sure their needs were met, even when they should have done things on their own. This can lead to problems later as adults. But the main consequence of helicopter parenting is undeveloped life skills. These children won’t know what it’s like to really survive on their own when they’re adults. Helicopter parents prevent their children from mastering vital life skills.

Love your child with all your heart, but know that you can’t always be there doing things for them. In order to become successful adults, children must learn to be independent as children and helicopter parenting prohibits this from happening.