Hell NO! Man reacts after his wife jokingly showed him the masseuse she plans to visit for massage 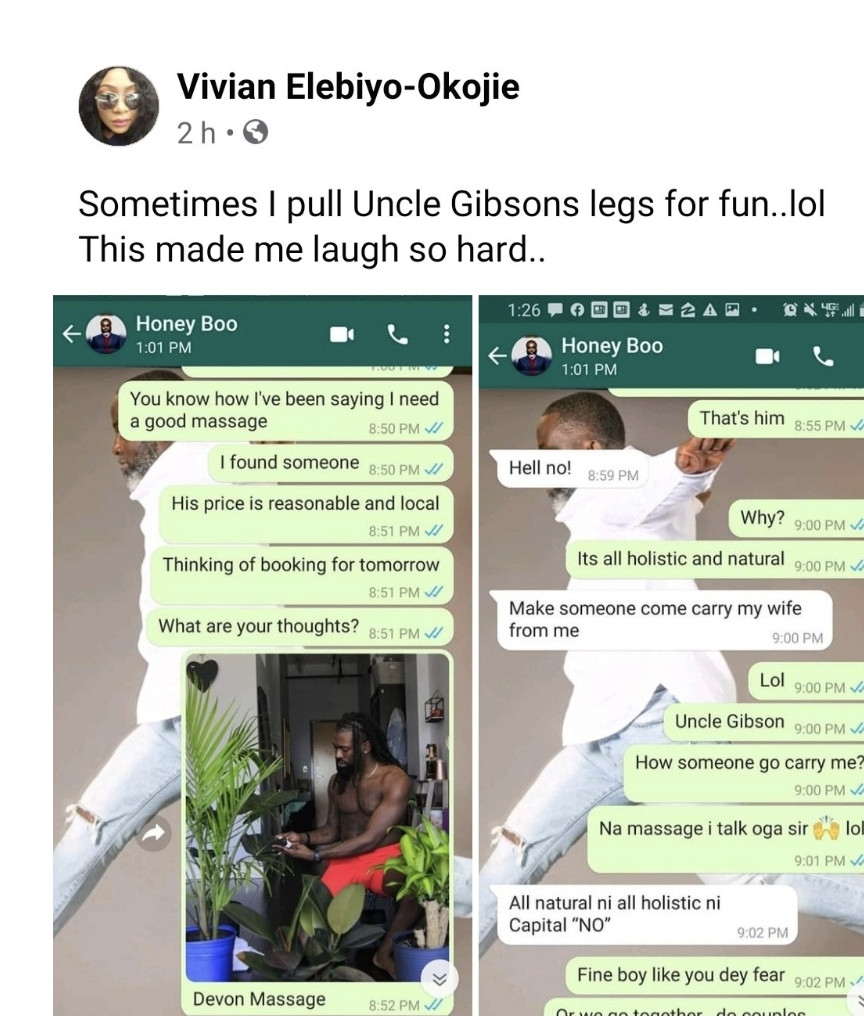 A businesswoman, Vivian Elebiyo-Okojie has shared her husband’s reaction after she shared a topless photo of a masseuse then said she was going to him for a massage.

Gibson Okojie said “Hell no!”  saying he doesn’t want anyone snatching his wife from him.

Conversation in the screenshots below: