HELP! I Had an Affair because My Husband Won’t Touch Me, Now I’m Pregnant for His Long Lost Brother Who Doesn’t Know Who I Am. 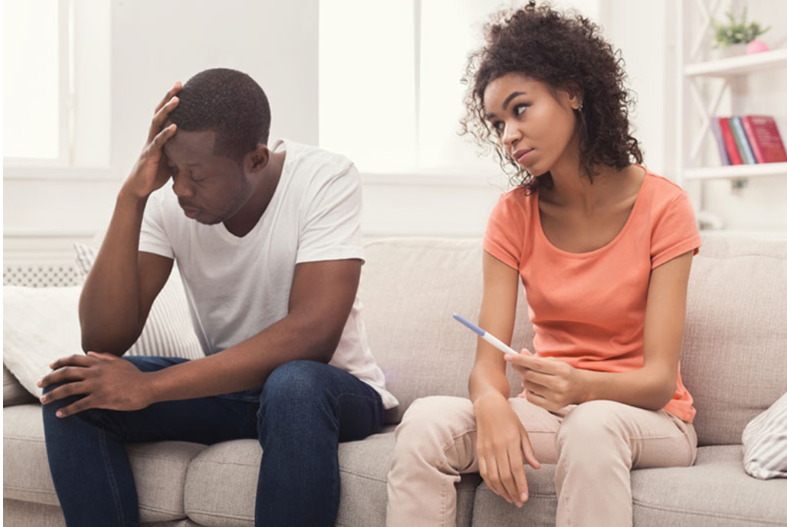 I’ve been married now for almost five years to my husband, Kunle Are. We both love each other, but I have to admit that our marriage had some hiccups right from the start.

Our fights are caused by the fact that he hardly has time for me. This has always been the case since we were dating, as Kunle has always been focused on his career than his relationship. Despite this, we decided to get married. We ought to have resolved this issue before we finally tied the knot, but we were naive and thought that being in love would be enough to see us through – that was one mistake I think I made.

Although, Kunle had promised to take it easy with his career right after we got married. He even planned to take me on a trip after our wedding. Unfortunately, we never even went on a honeymoon because he got a job offer that required us to relocate at the time.

It wasn’t an easy event for me, as I had to leave my family and friends behind. More so, I also had to quit my job. I set aside my personal career plans so I could fulfill my husband’s wish.

I kept telling myself that I just had to make some sacrifices so our issues would eventually be resolved. Initially, I tried my best to get over my resentment as most of my friends and relatives kept reminding me that my husband was only working hard to secure our future.

Of course, I appreciated his hard work and dedication to his career achievement. After all, he just wanted us to have a good life. Nevertheless, this same “career achievement” thing has always prevented us from enjoying each other’s company, especially as husband and wife. We were rarely intimate and it seemed like we were leading two separate lives.

Not that I don’t always make advances towards my husband. But I really hated it whenever he dismissed me each time I asked him if we could go out and have a date night. Worse still, he would leave the room for me whenever I make sexual advances towards him.

I needed his affection but he would always shut me up with, “Come on dear, you know I love you. Stop acting like you’re so needy!” It soon became a very challenging point in my life. I soon realized I wasn’t as strong as I thought I was. I was so desperate for my husband’s attention and affection – I believe you understand better. Needless to add that Kunle’s career-centric attitude contributed to our inability to have a child after five solid years in marriage.

So, to distract myself, I went out more often. It so happened that I met this guy, Mark, at the gym one day. As we got talking, I realized that he was single but was in a long-distance relationship. He told me he rarely saw his girlfriend because he was always traveling. He had even missed his only brother’s wedding and they hadn’t seen each other in almost 10 years.

In a way, I got to know that we both had similar relationship problems. Mark and I had so many things in common and soon we became very close. We started going out together for dinner and soon we would go shopping together. It was easy for me to relate and go out with Mark on these outings and “dates” because my husband was often busy and working late. I soon found myself falling for Mark and would visit him in his apartment often.

One day, while together with Mark in his apartment, I gave in to temptation and we ended up making love to each other. We were reckless and didn’t use any protection. That was actually the first time we had sex. After the act, I felt so much guilt within me though I also felt thrilled to be wanted.

Being a long time I had such satisfying sex, I wasn’t able to resist Mark anymore each time he made sexual advances to me – though it wasn’t often.

My affair with Mark (I didn’t even know his last name), however, lasted for just four months. I realized I didn’t actually love him. Admittedly, Mark also didn’t love me. We were just two lonely people who made a very bad decision. So, we agreed to end the affair before Kunle or Mark’s girlfriend find out. Out of sudden curiosity, I asked Mark what his surname was. When he said the word, “Are” I felt my heart stop. I just had to ask… was he related to Kunle? He said yes, Kunle was the brother he had told me about. That day I only remember carrying my bag and running out of the door.

Imagine my shock a week later when I found out… I was pregnant. HA!!! There’s no question that the baby is Mark’s. Part of me wants to keep the baby but the father is my husband’s brother. Oh my God!!

Some friends of mine suggested that I shouldn’t inform Mark about the pregnancy that I should instead seduce my husband to make love to me and then make him believe that the baby is his. To be candid, I must confess that I’ve also considered this option myself, but I don’t know if I can live with it.

Right now, my husband and I are still dealing with lots of problems in our marriage. It’s so certain that my pregnancy issue would also aggravate our problems.

Should I tell Kunle the truth about the pregnancy, should I seduce him to make love to me and transfer the pregnancy to him, or should I inform Mark who doesn’t even know he has been sleeping with his brother’s wife? I really need help in deciding what to do next. I’m so scared.