Help! I Impregnated My Wife’s Sister. 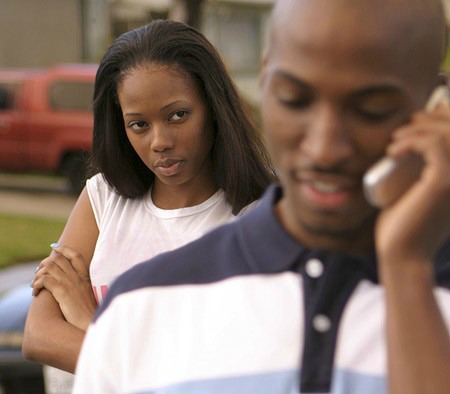 I met my wife, Susan, at the Shoprite, Ikeja. She was so lovely to behold that I was quickly drawn to her. We dated for a year and a half before I proposed to her. Outrightly, Susan accepted my proposal and agreed to marry me since we already had the chemistry.

Three months later, I and some members of my family went to Susan’s family in Lagos Mainland for the introduction. I was accepted and loved by her family members, which assured me that our marriage would be blissful.

However, something I never imagined happened before I left. Susan showed me all her siblings, including Kate, whom she had told me was a student of Unilag. On seeing Kate for the first time, I must confess, I fell in love with her.

Fine, my wife is lovely and beautiful, no doubt, but her sister’s beauty, coupled with her tenderness and fair skin color, set my heart beating and knocked me off my feet totally. To me, Kate wasn’t only beautiful and attractive, but she was also sexually hot with all her heavy endowments, curves and contours – you know what I mean.

To be sincere, I wished I had met with Kate and not Susan in the first place. In fact, I was quick to score Susan 70% and Kate 95% in terms of sexual attractiveness. Notwithstanding, I quickly recalled that Susan is already so my fiancée and it’s no longer possible to abandon her for her “little” sister – after all, Kate is just 21 and still a student.

After the successful introduction, we had our traditional marriage and white wedding a few weeks later. So, Susan and I finally settled down happily as husband and wife and we relocated to Abuja.

However, in our fifth year in marriage, Kate, who had just finished her NYSC service, announced to join us in Abuja to get a job and to settle down.

Although this never bothered me at first, when I set my eyes upon Kate again, I was so amazed that she was now even lovelier, sexier, and hotter than the “little” Kate I saw five years ago at the introduction.

She’s now 26 and with a bustier and thicker body. I wasn’t surprised at all when she told us two months later that she had gotten a lucrative job with an aviation company in Abuja. I knew that any manager would want to offer a job to this hot lady with classic sexuality all over.

During her stay with us, the worst part was whenever she inadvertently put on her skimpy dress at home that revealed much of her body. With great self-control, I was able to avoid staring at her. At least my wife never caught me staring at her sister any day nor suspected how fatally attracted I was to her younger sister.

Barely a year later, Kate told us that she had gotten her apartment and would want to move out soon. The day she was to move to her new apartment, my wife had an urgent assignment to attend to on behalf of her company, so she out of town. She had already pleaded with me to assist her sister in moving her loads to her new place, which I did.

When I was leaving later in the evening – it was so hard to hold myself back, I told her I will visit her during the weekend to see how she is fairing in her new apartment – I already knew my wife would be going to Port Harcourt on Saturday on official duty.

On Saturday, I stood before Kate’s door and rang the bell. She answered and opened the door in a faded jeans skimpy skirt – after all, she’s in her apartment.

As she ushered me in, I looked into her eyes and discovered that she looked very sad. She narrated the events about how she caught her doctor boyfriend having sex with one of his nurses. Though she had been suspecting him for a while, that was the first time she caught him and it really broke her heart.

On hearing this, I was in a state of sexual tension. Should I see this as a perfect opportunity to plunge into her heart or should I refrain from adding to her woe? I know she needed comfort at this point but I also had my secret feelings for her.

What if I expressed my feeling about her and she felt disappointed and walked me out? What if she had been expecting such feelings from me? These were the thoughts that ran through my mind.

Nevertheless, I slowly told her, “Kate, shit happens but you need to be strong” as I held her hand and sat on the sofa with her. “You’re a gorgeous and pretty woman,” I said, “if your boyfriend couldn’t appreciate your beauty, then you’ve got to be strong and look forward to a better relationship.”

Immediately I said this, she looked straight in my eyes and said, “Bode, you’re a very nice man, how come it was Susan that found you and not me,” she said. She slowly added, “I’m really sorry to say this but I often feel I should’ve been the one to marry you and not Susan, you’re the exact type of man I’ve always wanted to marry.”

I couldn’t believe my ears. I was amazed Kate was saying all these about me. I never believed she had been fantasizing about me too. My heart pounded faster as I sat there stunned. Kate opened her arms for a hug and I slowly yielded. As she held me tight to herself, the instinct in me arose.  I could feel the press of her soft big b**bs against my chest.

The urge became so high and we ended up having a very good time together. That was a dream come true for me – perhaps for Kate too.

From that day on, this fun went on to become a frequent practice. Most times, I would drive from the office straight to Kate’s apartment to spend some nice time before heading home. Sometimes, I would spend the weekend in her place after I had lied to my wife that I was going on a business trip. Kate became so fond of me that she would call me to tell me how much she missed me and wanted me.

Luckily for us, all these while, my wife was unsuspecting and this gave us a good ground to further have our ways.

And then one day, Kate told me she was four months pregnant. When I asked her why she didn’t tell immediately she realized she was pregnant, Kate replied that she was afraid that I’ll convince her to go for an abortion, which she wasn’t prepared for.

Fun with Kate was amazing but the pregnancy news was more shocking as I wasn’t expecting anything of such. I was short of words but managed to ask her what she planned doing about with the baby as she wasn’t considering an abortion. Kate moved closer to me, threw her arms around my neck and said, “I’ll raise the baby as a single mother.” She even vowed to keep the baby’s paternity a secret to my wife and their parents but the question is – for how long will she do that?

Presently, my wife and her parents are already worried not only because Kate got pregnant out of wedlock, but also because Kate couldn’t present the man responsible for her pregnancy. Now, I’m so scared and don’t know exactly what to do?

For how long would Kate continue to resist the pressure of revealing the identity of the man responsible for her pregnancy? And if she eventually reveals the secret, how would my wife and other members of her family react to the matter? Someone should please advise me on what to do.