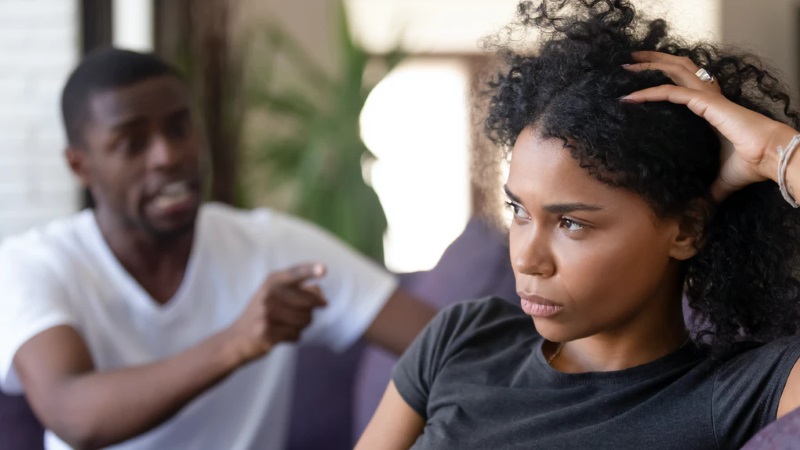 If you missed Part 2 of this story. Please click here to read it.

Please share my story ,and hide my name
My tale is a long one but I will try to make it very short .Before I was not bold enough to put this together ,it took me a while because I have read a number of story on your blog.
And I believe what was the reason for the situation am facing was for the fact that I wasn’t patient enough , i just came out of a damaged relationship and I jumped into the next available one all in the pursuit to get married.
We got married in year 2006 I was 27 years old,my hubby was a lecturer in one of the colleges of education in the south west and I was in year two doing my degree . We are blessed with three lovely girls. From the moment I got married I have not enjoyed peace of mind ,it has forever been from one physical or mental abuse to another.
When I finished my degree I was waiting around for the service, told him I want to learn about tailoring he said no ,I agreed . I continued staying at home till service came . Right after the service no job , I was home doing absolutely nothing for good seven years .

ALSO READ:I think I made a massive mistake divorcing my wife.

Through those years I saw hell ,my hubby will do practically everything by himself such as going to the market and buying everything , including food ingredients ,and he’s still doing that till now .
I must not tell him I wanted money ,it will appears as if am tipping hot pepper on him ,whenever he’s not at home , if the children are crying for common ten naira biscuit I will not be able to pay for it , even in the church ,until he changes money and bring it I won’t have the ability to pay any offering .
When I couldn’t take it any more I applied into a private school and I was offered a job my hubby didn’t permit me to take the offer saying there is no way he will permit me to work there .
Money he won’t give, work he will not permit me. I continue in my suffering as a good wife praying for God to make him change. During those time if any members of his family or anybody gives me money my hubby will take it and tell me it’s my contribution to the up keep of the house since I haven’t contributed in any way.

Eventually I got an employment in the staff school where he works make take was 30k ,I was pleased that at least I will have my own money and be in a position to take better care of myself, not knowing I was fooling myself.
Do u know that even though my salary is less than 10 percent of his salary my hubby will stand at my neck to collect 5k from me monthly ,according to him, it’s my contribution to the family . In the interest of peace I succumb.
Less I forget during those years of my being at home , I mustn’t touch his car , l recalled there was a time we had 3 cars in the house , he bought new one and wanted to sell one ,I don’t even know how to drive . He will take the kids to school in the morning and bring them home in the afternoon .

A Friend of mine who has been noticing the way he will often be in hurry with the kids and never be patient with them adviced him to allow me learn driving while am at home doing nothing and we have 2 cars,that if i can drive i can be bringing our kids to school with ease.
When he got home he soon started insulting me that I have gossiped about him to my friend , but I did not tell my friend anything.
Once I started working ,I was taught how to drive and started taking my kids to school ,since they are now in the same school I am working. I almost developed hypertension because of the car ,every day whilst washing the car he must not see a scratch on it ,he will be mean to me till the end of that day.

My hubby will call me to look into how am spending my money . Even though he’s not giving me anything, slowly it became part of me.My hubby is the hostile type that doesn’t want anybody in our home even his cousin and mine ,he will talk to them anyhow.
He will be saying it to thier face that he can’t use his money to provide for people anyhow . There was a time I was sobbing in my room one of his cousin walked up to me and consoled me and said ” why did you even marry my uncle because she feels my pain.

My hubby will beat me up at any given opportunity and also abuse me in the presence of anyone including our children.
He doesn’t permit me to sleep in the same bed with him ,and when he does my body must not touch his even by accident he will move his body away, he makes love to me when it pleases him.
My hubby can nag from now till tomorrow , he’s very hostile ,he’s aggressive ,he’s not loving and caring is not in his book at all, he keeps saying he will send me home to my parents ,sees himself as my god. Saying there’s absolutely nothing anybody can do for him .
Despite all these , I remain a loyal n faithful wife.Until one day ,I was having…..

If you missed Part 2 of this story. Please click here to read it.

Comments to Help: I Think I Am Loosing My Mind Over This Thing Called Marriage. Pt 1