Help!!!.. My wife is driving me crazy!…cries desperate husband 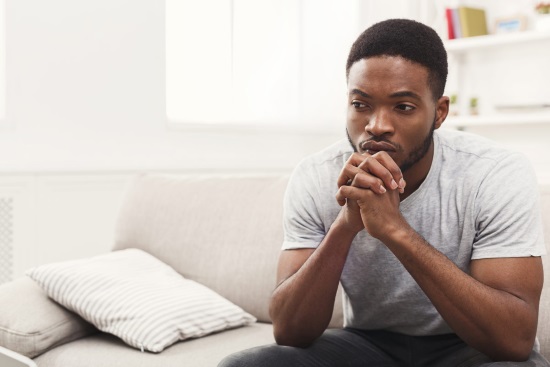 I met Tolu almost two years ago when I traveled home for a wedding. I recognized her at the wedding as one of my classmates from primary school. I remember that she was one of the most brilliant girls in our class then and every little boy had a crush on her. Meeting her was nice as she was single. We started to catch up and I was smitten by her or perhaps it was my memory of her during primary school days that clouded my judgement.

Tolu and I started dating after that. I went back to lagos but I would try as much as possible to visit her every forth night. During our courtship,Tolu was nice,warm and very respectful.

About a year later,we got married and Tolu moved to Lagos to join me. Not too long after the marriage,I began to notice some strange behaviors from Tolu. I noticed that she became quite bold and confrontational. She was also very rude to me. Any little argument we have,she would raise her voice at me. She always wanted to have the last word.

As this continued,I thought about speaking to her family but I also thought it was too early to start complaining. Not too long,Tolu got pregnant. That actually worsened the situation. She would snap at me anytime she felt. She graduated to using insulting words to me. People felt it was because she was pregnant. One time,at shoprite,she screamed at me just because she picked an item I told her we didnt need. I was really embarrassed. I didnt speak to her to almost two days.

God blessed us with a baby boy in February. I was hoping that being a mother would calm Tolu but she didnt change at all. One day,she grabbed my shirt in front of my mom who came to assist us. It took the begging of my mom not to beat Tolu. Her grouse that day was that she wanted money to rent a shop to resume her Tailoring business and I had said to her that I would look into it later as I didnt have money for that project now. My mom left our house angrily. I then reported Tolu to her parents. They promised to speak to her but that didnt yield any results.

These days,I deliberately stay back in the office and close late because I do not want to go home to an irate woman. I have tried to talk to her but we always end up quarreling. She always accuses me of cheating or being insensitive or that I dont love her. I have told her that if I am behaving in that way,it is because she is the one pushing me away. I have told her that her actions may lead to our divorce. She reacted by saying that any woman who would destroy her marriage she would deal with that woman and me.

Now,I am seriously considering divorce. I dont want to raise my child in a hostile environment. And I do not know how long I can remain clam from hitting her.

Being with Tolu has also affected my spiritual life. I have not been going to church and I actually feel bad thinking about my life now.this discourages me.

Please what is my crime for marrying Tolu? Is there anything I haven’t done that could salvage our marriage?Did I make a mistake? Is the mistake one that cannot be corrected?