HELPING YOUR TEEN COPE WITH THE LOSS OF A CLOSE FRIEND 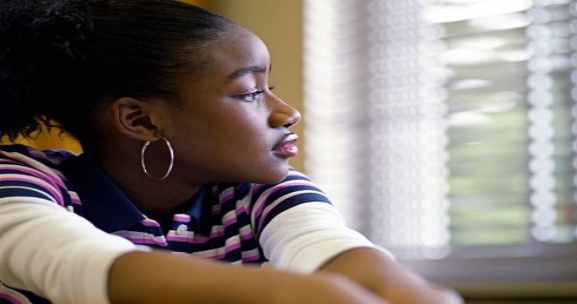 The death of a teen’s close schoolmate or bosom friend is as much a trying period for the teen as is the death of an adult’s parents. In some cases, the individual in question may be a distant rather than a close friend to your teen, and yet your teen finds the demise too tragic to overcome and carry on with his or her life. This could result in him/her spending an inordinate length of daytime discussing with classmates and friends on the circumstances of the death, analyzing various events that might have even taken place prior to that time. By now, the range of emotions experienced may range from disbelief, exhaustion, denial, aggression, withdrawal, drop in grades, risk-taking, changes in sleep patterns, anger, increase in conflicts with family members, feelings of indifference to many more.

This should be quite understandable to parents because, unlike younger kids and toddlers, teens have come to that stage where they quite fully comprehend the implications of death and the fact that they never will set eyes on this person ever again. The fear experienced arises from their analysis of their mortality and how it would be when they have to also die.

In the midst of hormonal surges and rapid brain development changes, teens become less likely to approach parents for help and explanation on the issue of death. Many of them rather sink into the quagmire of guilt, secretly blaming themselves for the sudden demise with such thoughts as “if only I’d been a more helpful friend,” “If only I had asked her not to travel through that route,” and many other reasons why they believe they are responsible for the death in a way.

Among teens and young people, grieving varies greatly and this mostly depends on such factors as family characteristics, personality, age, culture, past losses and the circumstances surrounding the sudden demise. Whereas one teen could personalize the loss of a friend, strongly thinking who could be next in line, another teen may appear less emotional, irrespective of how close he/she was with the dead friend. What is of paramount interest here is the parents’ reaction. Never judge a teen’s reaction over a friend’s death as being too dramatic or too detached. This is because we all respond to emotions in our own individual ways.  With the loss of a sibling, parents usually know how to handle the counseling and mental support of their teens, but most times they underestimate the impact the death of a friend can have on the lives of their teens.

KEEPING THEM IN TOUCH WITH REALITY

Due to parents’ insensitivity to the deep feelings and emotions the teen can be experiencing after a loss of his best friend, they most time tend not to share this burden especially with parents. They’ll much rather discuss it with their friends, who are pretty much just as inexperienced as they are when it comes with handling an issue of this manner that can easily slide into an unhealthy state of chronic depression. This is where parents must try to stay within the picture, so as to provide as much support and reinforcement as they can. It is very necessary to remain calm and patient with them, assuring them of your love, painting a picture of their glorious future ahead and giving them reasons why life is worth living.