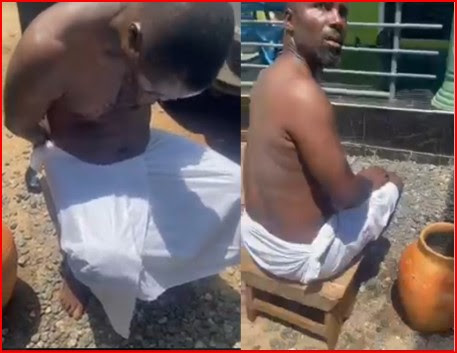 The guy with the white wrapper travelled from Europe to Ghana and took his little daughter to a herbalist for a money ritual.

The herbalist pretended as if he needed to buy something and called in the police and the man was arrested.

The man hid his head in shame as the herbalist narrated the story to the crowd that had gathered and the little daughter was handed over to the Police. She was visibly shaken.

A lot of people have commended the herbalist while condemning the father of the child for such atrocious act.