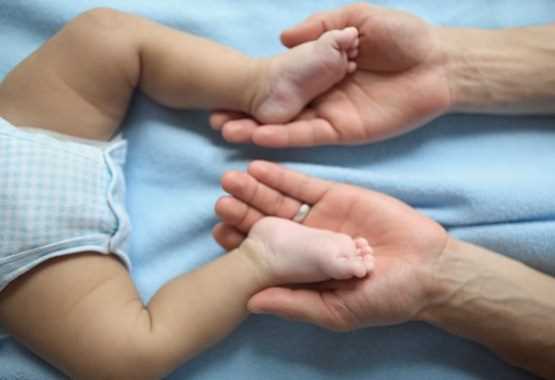 Hip dysplasia is a chronic condition that occurs in early childhood. It presents like a dislocated hip and may lead to permanent disability if not identified early and treated. It is caused by underdevelopment of the hip bones and you may see loose hip joints or even dislocation. It affects 10 in every 1000 people and may affect one or both hips.

The hips start developing when the baby is still in the uterus and also in early childhood. The joint starts out as cartilage but develops into bone during the baby’s first year of life. The hip joint is a ball and socket joint and the ball should ideally grow faster than the socket while remaining in the socket.

The socket may however be underdeveloped and the ball doesn’t fit properly into it. The ball can easily slide out of the socket hence the dislocation. This of course affects walking and can interfere with the hip’s blood supply.

Chances of hip dysplasia increase with reduced movement of the hip joint. So a reduced amount of amniotic fluid, a large baby, being in breech position (with the bottom first instead of the head) at birth and a first pregnancy with a uterus that’s less stretchy reduces the baby’s moving space in the tummy. Tight swaddling in early childhood also increases the risk. If there is already someone else in the immediate family with hip dysplasia chances are higher.

Girls are more prone to hip dysplasia than boys. This could be because of the hormones that the mother’s body releases to relax her ligaments and muscles in preparation for delivery. These hormones affect girls more than they do boys.

Hip dysplasia is usually detected with movement and so it may be difficult to spot any symptoms in babies since they aren’t walking or crawling yet. The risk that comes with non-detection is severe therefore doctors take babies through a physical exam at birth and at the six-week check-up. This goes on for the first one year of the baby’s life.

The exam is basically about feeling for laxity of the hip joint. It can be felt like a loose hip joint, where the hip doesn’t stay in the joint when it is moved. They could also look at the symmetry of the lengths of the legs or the buttock creases. Not all dysplasia will be identified using this screening because it may take time for these symptoms to develop. If at all there is laxity in the hip joint it doesn’t necessarily mean that the child has dysplasia.

Those that are already predisposed to the condition will receive more intense screening like an ultrasound. An X-ray would only be used in older kids and adults because the joint is still cartilage in babies and this doesn’t give a clear image on X-ray. If dysplasia is not detected you will see kids or adults walking with a limp, pain as they walk and some might even develop arthritis.

Many times babies with lax hips at birth don’t need treatment because it usually clears without any intervention by six weeks. If it doesn’t clear by then treatment then begins between six and eight weeks.  A dislocated hip should be treated immediately.

For dysplasia in infants, doctors use a harness. Its purpose is to ensure maximum contact between the ball and socket by bending the hips forward and holding them out. It is worn continuously for three to seven months but can be removed for washing in between.

Although rare, there might be a side-effect from using the harness. The child may develop avascular necrosis which is basically bone tissue dying off. It is said to be caused by the ball pressing hard against the socket. This squishes the blood vessels that supply the bone causing a reduction in blood supply. It leaves arthritis and damage bone in its wake. It is however more likely if treatment starts late so be sure to start early.

If the harness is used early enough the condition should resolve. This happens in 95% of cases. If it doesn’t it creates a need for surgery and surgery poses a higher risk of avascular necrosis.