Hooray!! Meghan Markle given birth to a baby boy 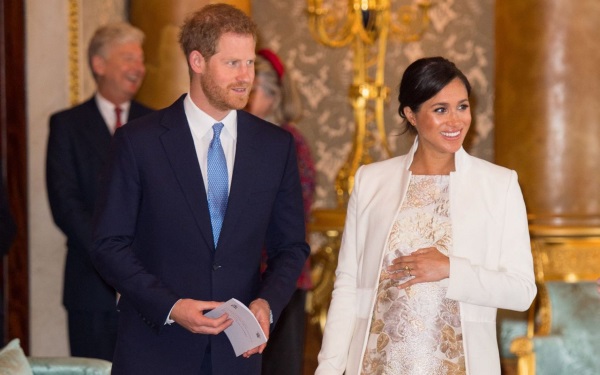 Meghan Markle given birth. The Duchess of Sussex has given birth to a baby boy with her husband by her side after going into labour this morning.

Buckingham Palace announced this afternoon: “The Duchess went into labour in the early hours of this morning. The Duke of Sussex was by Her Royal Highnesses’ side. An announcement will be made soon.”

The couple have maintained an element of secrecy around the arrangements for the birth, saying they will share news of their baby’s arrival “once they have had an opportunity to celebrate privately as a new family”.

Members of the international press have been assembled in Windsor for several weeks awaiting news that the baby is on its way, with American television networks updating their viewers daily.

They will now be joined by excited members of the public and the British media, in the last few hours before the seventh-in-line to the throne is welcomed into the world.

The baby is understood to be around a week overdue, with the Duchess, who is 37, said to be “comfortable and content” as she waited in her new home at Frogmore Cottage with her husband and mother Doria Ragland by her side.

She is reported to have hoped for a home birth, as the couple emphasise their wish for total privacy for their new arrival.

That plan will change as medically necessary, sources have suggested, with overdue babies requiring careful monitoring for the safety of mother and child and contingency plans in place for any intervention needed.

The Duchess is reported to have chosen a female-led team to support her, with the Royal Household doctors on hand to help if necessary.

Speculation about an imminent arrival had increased in the last three days, after Buckingham Palace announced that the Duke would be travelling to the Netherlands on May 9th.

The travel plans had led many to believe the couple knew their baby would have arrived by then, with the Duke considered highly unlikely to want to leave his heavily-pregnant wife to fly overseas.

Comments to Hooray!! Meghan Markle given birth to a baby boy