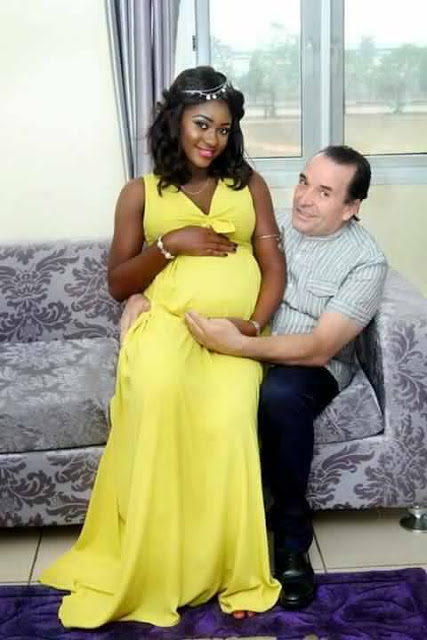 It is with heavy hearts that the management of the MART Group empa
The True Facts about the Treatment and Management of Chiamaka De Freitas at MART Medicare….
thize with the husband, family and friends of Chiamaka De Freitas over this unfortunate and tragic loss of their daughter, mother and wife approximately 48 hours after a C-Section surgery. In 4 years of existence this is the first ever mortality case experienced by the MART Medicare.

As a maternity unit with zero tolerance for maternal morbidity, mortality and perinatal mortality, we put in place that all our patient’s care are consultant led. Two consultants Ob/Gyn are always in attendance for surgeries, including consultant anesthetist, pediatrician and world class perioperative nurses for any surgery.

Chiamaka was so precious to us that her history dates back to when she was trying to conceive 3 years ago and successfully underwent IVF at Medical Art Center, she conceived and continued her antenatal care with us.

When Chiamaka didn’t show up for her regular antenatal classes at 37 weeks in the hospital, the consultants were concerned.

They contacted her at week 39, at this time she told them that she was out of town and will attend when she gets back. When she presented herself at 41 weeks, the doctors had to carry out another assessment.

After further evaluations it was discovered that there was a very low volume of amniotic fluid left for baby’s survival.

It is at this point they informed her husband that the baby will have to be delivered by caesarean section, but he was hell bent on his wife having a normal vaginal delivery. He insisted on his wife having induction of labour despite the above facts. Mr. De Freitas was counseled and persuaded to see reasons why a C-section was a necessity instead of vaginal delivery which would have been very RISKY if not IMPOSSIBLE.

He finally yielded and allowed the Medicare surgeons operate on her after signing a written consent which explicitly stated that other additional procedures may be necessary and he was present at the surgery.

During the operation it was discovered that the umbilical cord was tightly wrapped round the baby boy’s neck TWICE. This is usually an ominous sign. But for the expert skill displayed by the medical team the baby could have been ‘still born’.

The delivery was a success even though the baby came out wrinkled, pale and one arm white from short of blood supply and stress in the womb.

It is standard practice at MART Medicare that before any patient goes in for surgery, they will NOT have anything to eat or drink (Nil per oral) 12 hours prior to the surgery. This means the patient fasts for 12hours before and 12hours after any surgery.

Thereafter, patients can have sips of water bit by bit with close observation after bowel movement has been observed. 18 hours post-surgery, the patient walked from the recovery room to her private room in high spirit and communicating well with her husband and other family members.

It must be noted that Mr. De Frietas requested to be left alone with his wife to “enjoy the moment of joy” for a period of time.

It struck some of the medical staff as weird that Mr. De Freitas was offering his young wife “Jack Daniels and Coca” during this traumatic period as he kept insisting that the medical team leave her private room.

During a routine patient checkup, the husband was found massaging her abdomen which is contraindicated for a patient that just had surgery. Approximately 36hrs after the baby was born, one of our doctors found the patient to be pale and in some measure of pain. The consultants managed the pain duly.

Routine blood tests were done and results confirmed that her blood levels were low. With the consent of her husband, Chiamaka was immediately transfused with blood (2 pints initially, and a further 2 pints of blood and 2 pints of fresh frozen plasma made available as soon as it was required).

Based on her clinical state, our experienced consultants thought it prudent to go back in to explore the possibility of any internal bleeding, so they performed a sub umbilical midline incision for a proper exploration.

No active bleeding was found neither in the abdomen nor in the pelvis and the uterus was well contracted, although, a concealed haematoma was found behind the bladder.

When surgeons encounter this type of blood clot, the global medical standard operating procedure is to adopt a conservative management approach by not touching the blood clot and treat the patient with blood transfusion ONLY. Mr. De Freitas at this time seemed more concerned about the scars that will form on his wife than in the life saving work the consultants were doing.

She came out of the second surgery very alert and was conversing with her husband and he offered her his support and comfort.
Over 8 hours after the exploratory surgery and 48hrs after she delivered her bouncing baby boy, Chiamaka passed on despite all our best efforts. The loss of this 24-year-old wife, mother and daughter is painful to us at Mart Medicare. Observing due diligence, it was suggested to Mr. De Freitas that he could carry out the autopsy at a hospital of his choice and he chose a government hospital in Lagos. The autopsy also confirmed our original findings at the second surgery of ‘concealed heamatoma’ behind the bladder.

Mart Medicare is a Gold Standard medical organization, this means that we don’t just meet the “benchmark” we surpass it. All our medical staff have been extensively trained both home and abroad. Mart Medicare is the one of the few hospital where you will always have 2 consultant surgeons in attendance during any given procedure.

MART Medicare has successfully birthed quite a number of 26 weeks old premature babies of 800gms and with our highly skilled expertise and modern equipment. We have delivered sets of quintuplet, quadruplet, triplet, twin and singletons. All this, with glowing praise and no single mishap.

Again our heartfelt condolences to Mr. De Freitas and her family.