How 12-Year Old Kidnapped In lagos Found In Ogun 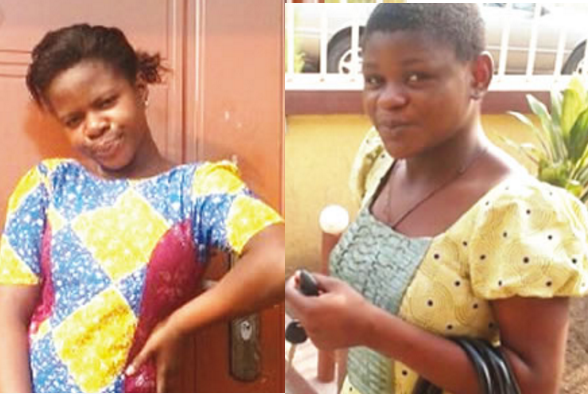 The young girl, Faith Ayeh, who was allegedly kidnapped by her parents’ maid, Mary, in the Iju Ishaga area of Lagos State, has finally been found.

According to PUNCH, Faith was found in Abeokuta, Ogun State by a man, who read about the kidnap in the dailies.He immediately called Faith’s parents, who raced down to pick her up..

The Mary was employed by the Ghanaian family five months ago to assist with house chores and the victim’s mum’s frozen foods business on the street.

“The man called us that he found my daughter on the road. He said he saw her picture in your  newspaper and he got my number to call us so we could come and take her.
“My wife said she would go and we had to get some policemen to follow her there. The police were able to arrest two suspects and the case was taken to Abeokuta, before it was transferred to the anti-kidnapping section of the Surulere Police Division.”

Asked if the maid had been arrested and what the daughter said, he said he’d call back when he gets home with his family

“What happened was that the girl, Faith, claimed that her mother was too harsh on her and she decided to run away with the housemaid, who was eloping with her boyfriend. When they got to Abeokuta, the home of the boyfriend, the man decided to habour the two of them. It was there that he was sleeping with the maid, Mary, who had equally been declared missing by her parents.
“The boyfriend, however, started having an affair with Faith as well, which got the maid jealous. As a way of revenging, she decided to call Faith’s parents to tell them their whereabouts. That was how the secret was leaked. The matter is under investigation.”