‘How can anyone with a beating heart and a working mind still support Trump?’ – Hillary Clinton asks 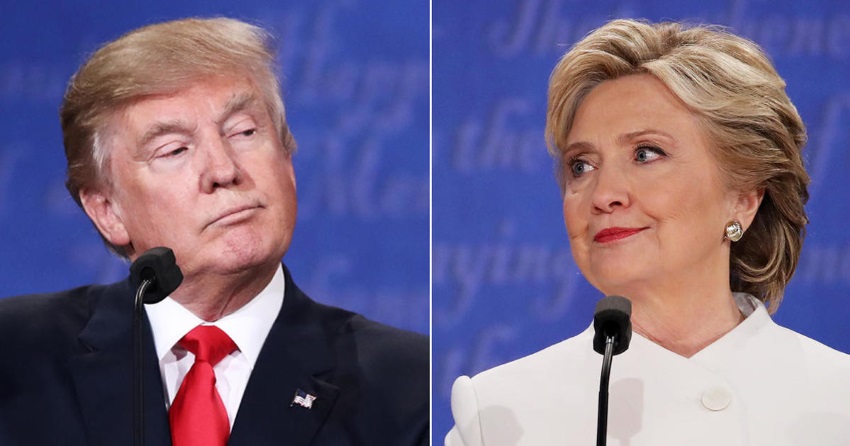 2016 US Presidential candidate and former First lady, Hilary Clinton, has questioned why people still support US President Donald Trump despite his behavior since becoming president four years ago.

In an interview with the Los Angeles Times, Clinton, as has become customary of her interviews since losing to Trump in 2016, held nothing back in her criticism of the president.

‘It is a mystery why anybody with a beating heart and a working mind still supports him,’ Hilary said when asked about Trump’s photo shoot last week in front of a church that had been set on fire as part of riots.

‘It was beyond my comprehension,’ she continued.

‘We have never seen anything like this. He is without shame.’

Speaking on the president’s response to Floyd’s death at the hands of a white police officer, Clinton said it initially seemed promising before he changed course from the issues of police brutality to bashing rioters as ‘anarchists’ for destroying cities across the country in the wake of mass protests.

‘When we have a terrible killing like we did in Minneapolis, he makes some steps toward — in the very early hours after we all saw that horrific video — to look like he’s going to be empathetic, to look like he’s going to try to talk about this stripping bare of the continuing racism and inequities of law enforcement and justice system,’ she said.

‘And then he pivots again because he’s not comfortable doing that,’ she added.

‘If you look at the young people who are the primary movers of the peaceful protests in response to Mr. Floyd’s killing, I’m hopeful that this can break open not only some hearts but some structural impediments to equality and justice in a way that defies the distraction of the second-to-second demands of social media,’ Clinton said.

‘And it may well be that a leader like [Donald] Trump, who depends upon distraction, has finally been brought down to Earth because people are watching in real time what is happening and how inadequate his response has been to these historic moments,’ she added.

She also slammed police for deploying tear gas and pepper spray to clear a crowd of protesters in front of St. John’s Episcopal Church near the White House so Trump could pose with a Bible saying the president made troubling circumstances like the COVID-19 pandemic and George Floyd’s death ‘all about him.’

‘If it’s about a terrible pandemic with an unprecedented virus, he tries to ignore it, tries to keep the attention on himself, Then when it becomes impossible to do that, he tries to seize the moment and turn it into a daily rally, like he loves to do,’ she said.

‘And then when it becomes impossible to ignore, he tries to change the subject, he tries to withdraw from the spotlight so he can come up with some other diversion and distraction for the body politic and the press,’ Clinton continued.

She also claimed that she thought Trump would transform into the type of person who becomes presidential on Inauguration Day in 2017, and that George Bush who she sat beside was not pleased either.

‘I heard him get up and give that speech that was the absolute opposite of anything that could have brought the country together,’ she said of the January 2017 speech. ‘Politics should be about addition, about finding common ground. No, he was speaking to his outraged base.’

‘He just turned to me and said, ‘That was some weird s—.’ And every single day has been a surprise, an unpleasant surprise, about how there seems to be no bottom to this man and his presidency,’ she continued.