HOW DIFFERENT PEOPLE REACT TO AN UNEXPECTED PREGNANCY 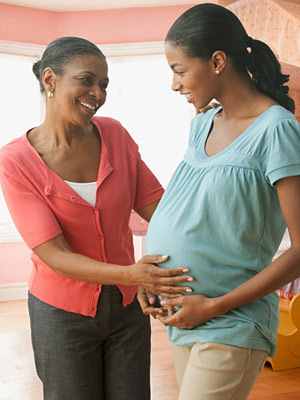 Accidentally falling pregnant at a time when you weren’t expecting it or didn’t want to have more children after thinking your family was complete is usually accompanied with conflicting emotions. Most people view a child as a blessing usually accompanied by blissful turmoil especially if it was a planned pregnancy.

An unexpected pregnancy however is a different ball game all together. The decision to keep the baby or terminate the pregnancy weighs heavily on one’s shoulders. For some people, the latter choice is simple and the only way out but for others, it is not just as easy as going to a clinic, it requires some soul searching as it something that goes against their moral code of conduct.

When Ada Ike* started experiencing intense nausea after a missed pill, she dismissed it as a bug she had caught. She didn’t even entertain the thought that she might be pregnant especially since she was through having kids. A simple pregnancy test changed all that and confirmed her worst fears. She was pregnant.

She instantly knew they couldn’t handle it as a family financially, physically and emotionally. “I kept thinking I had ruined everything for our family and to fix it I had to do something terrible although it wasn’t the right thing to do, I had to have the pregnancy terminated” she says.

Ada knew that financially, they had to consider food, clothing, housing and other expenses that come with having a baby and she knew they were stretched as they were. The decision to end the pregnancy made her so ashamed she couldn’t even bare to discuss the issue with anyone leave alone her closet friends some of whom were experiencing infertility.

It also came as a surprise to Sarah Johnson* a mother of two boys that she was pregnant again at the age of 27. With a hectic life coupled with an unsteady relationship with her spouse, termination was her way out and she took it regretfully.

Termination of pregnancy is legally restricted in Nigeria but that doesn’t mean it doesn’t take place, some hospitals and clinics performing it discreetly. The stigma surrounding abortion is real but Sarah insists that it shouldn’t be the state’s decision to make but the woman’s.

Some people also consider giving up the baby for adoption which looks simple until the time comes to vet the families applying to adopt your child. This is the stage where most parents chicken out and decide their baby would be better off with them.

For some people however, unexpected pregnancy comes as a pleasant surprise as with Kate Edu. At 46 years, she had already assumed the role of a grandmother to her grandkids and hadn’t used contraceptive in 20 years. When she noticed something was amiss with her body, a trip to the doctor confirmed that she was pregnant and with much exhilaration, she decided she was going to have a baby.

Research shows that women underestimate their potential of becoming pregnant in their late 30s, 40s and early 50s as the case with Kate. 60% of women who use at least one form of contraception have unplanned pregnancies with 43% of this women being on the pill while 22% were using a barrier method of contraception like a condom. One in every five of these women was using more than one method of contraception.

To prevent unwanted pregnancy, a woman should therefore choose the right method of contraception suitable for her while factoring in things like age and medical circumstances. The best and safest option is to visit a family planning clinic in order to know the available options for not only keeping such pregnancies at bay but also protecting you from STI’S if necessary.

*Names have been changed.

Comments to HOW DIFFERENT PEOPLE REACT TO AN UNEXPECTED PREGNANCY