‘How do I tell my husband I am pregnant for his best friend?’ 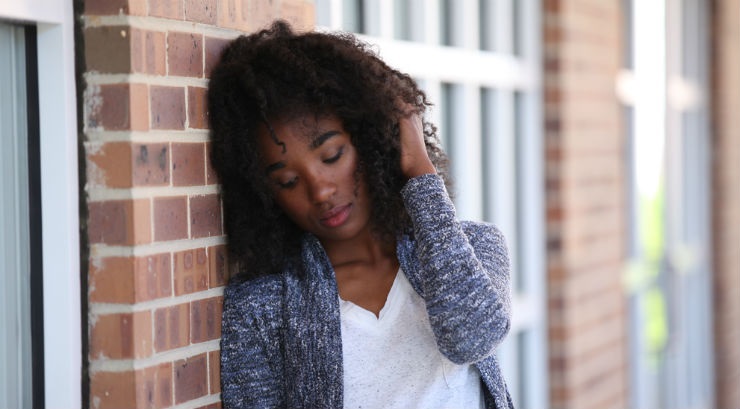 My name is Kemi, a 28-year-old married. I have been married for three years and I am currently five months pregnant, something that I should be happy about but that is the cause of my great sadness.
You may wonder why a pregnant married woman should not be happy that her dreams of having a baby is about to be fulfilled but you have to hear my story to know why my situation is different.
The pregnancy does not belong to my husband, Kunle, but to his best friend, Rammy. I know I messed up by getting involved with Rammy when Kunle traveled to Germany for a two-year study programme but then, I am a woman and I fell for the temptation Rammy presented and today, I am in deep regret.

ALSO READ: I Have A Problem With the Wife of My Husband Brother.

Kunle and Rammy have been very good friends from childhood and could pass as brothers to those who don’t know them. In fact, Rammy was Kunle best man at our wedding and Kunle returned the favour when Rammy got married two years ago.
So it was natural that when Kunle was travelling, he literary ‘handed me over’ to Rammy to take care of till he got back. With the mandate, Rammy would stop over the house at least three times a week from work and hang around for a while before leaving.
Most weekends, he and his wife will come over or I will go to their place to spend the day with them or he would take me out to the movies, beach or events.
The day it happened, he had come over as usual and while I was in the kitchen preparing dinner, the heavens suddenly opened up and it rained heavily with accompanying thunderstorm. The weather was so cold and I dreaded the thought of sleeping alone in the weather.
In truth, I was sex starved as Kunle had been gone for over one year and I needed him on such nights. I was still ruminating with my eyes closed when suddenly, I felt hands on my shoulders and I opened my eyes to see Rammy drawing me to himself.
He drew my face to him and I melted into his arms and the next thing I knew was that he was on top of me making wild love to me.
That was the beginning as we continued to sleep together almost twice a week. I was very careful, or so I thought, as I was on the pill. Then I missed my period and went for a pregnancy test which proved positive.
So despite the caution I took, I still got pregnant. It was as if God was bent on punishing me for sleeping with my husband’s best friend. I arranged with the doctor for a quick abortion and he said I should come back the next day as he had to run some tests on me.

But when I got to the hospital the next day, the tests proved that it would be dangerous for me to have an abortion as my womb could be damaged and could affect my chances of having children in the future.
I went to two other hospitals with the same result. I have taken drugs that naturally would abort a fresh fetus, all to no avail.

Kunle is coming back in two months’ time and I don’t know how to face him. Rammy too is worried about what will become of his marriage and his relationship with my husband.
What do I do? What have I led myself into? I need help fast.
Kemi.”

Dear readers, what do you think she should do?