HOW DO KIDS SUFFER IN DYSFUNCTIONAL MARRIAGES 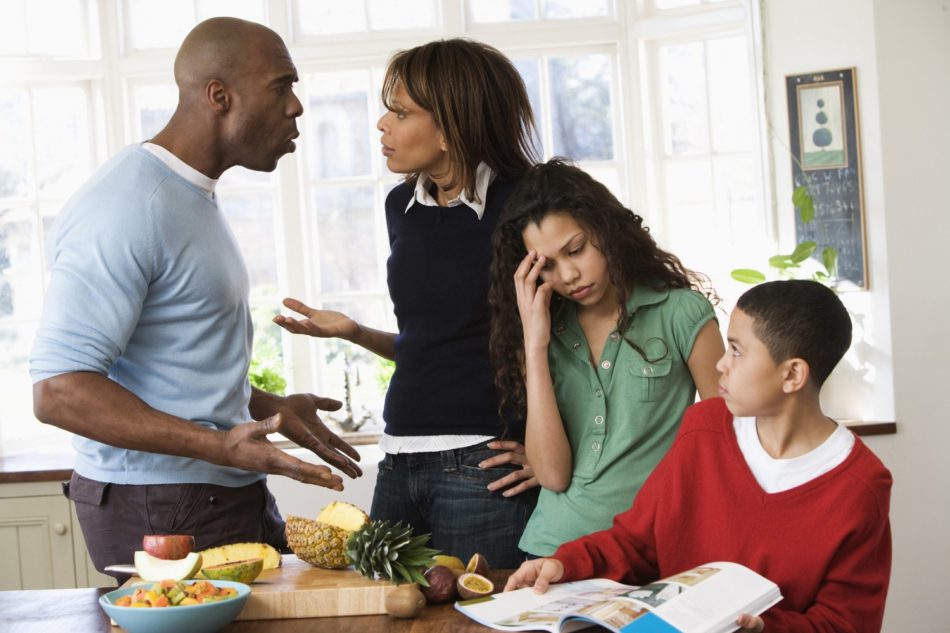 In this world, there is nothing like a marriage that is entirely free from disagreement and conflict and at one point or the other, all children will see their parents argue. In those cases where parents calmly relate to each other even during a conflict, solve the disagreement together and even show the kids through their subsequent interactions that the disagreement has been positively resolved, then the children will remain unaffected – they might even learn some conflict resolution skills that they could use in their own interactions as they grow up.

On the other hand, a dysfunctional marriage can become harmful to the kids when the conflict between the parents becomes too frequent and involves hostile and heated conversations including raised voices, verbal insults or physical aggression. Even if the argument isn’t so vocal, conflicts involving one parent withdrawing from the other or one giving the other the silent treatment can also be harmful to the kids.

If you have ever really sat down to think about it, especially if you were a teacher, you would have noticed that children often get better grades in school when they are living with both biological parents – except when those same parents spend their days constantly squabbling.

Kids living with tense and constantly bickering parents are more likely to resort to binge drinking than those from calmer homes. They are also more likely to smoke more and achieve less in school than their counterparts from happy, stable homes.

Scientists even went as far as conducting research and found that kids from dysfunctional marriages or those exposed to parent conflict during their early teens are more often associated with increased substance abuse like smoking, binge drinking and hard drugs and poorer academic achievements. They are also more likely to have sex early, drop out of school, and even engaging in early family formation which ultimately ends in a breakup of the relationship.

HOW EXACTLY DO THE KIDS SUFFER?

From a very young age, as young as 1 year old even, kids can show some distress when their parents fight. They can show reactions like anger, fear, sadness, and anxiety and are often at a greater risk of experiencing a whole bunch of health problems, difficulty focusing in school and having disturbed sleep which they either use to lash out in the form of hostility to others and non-compliant behavior or they internalize in the form withdrawal from their environment and depression.

They are constantly uneasy at home

Children normally thrive on a predictable atmosphere at home. However, when there is chronic conflict in the home, it undermines their sense of safety and normalness at home. And because now, they no longer know what to expect, they tend to walk on eggshells, while not knowing when or where the next bomb would drop.

These kids would always be uneasy in their own homes.

A tension-filled dysfunctional marriage can cause even the most sure-footed and confident child feeling rejected and uncertain. There are even studies that have found that kids raised in high conflict dysfunctional homes tend to have feelings of unworthiness and low self-esteem.

This is because kids are like sponges, they absorb emotions, both positive and negative. And when they are constantly exposed to chronically unhappy parents, they absorb all that negative emotion and end up growing into adults with trust issues and low self-esteem.

The kids feel responsible for their parents’ unhappiness

No matter how much you think you are shielding your kids from the lack of love and unhappiness in your marriage, they will still pick up on it. Even the youngest child can sense when you are suffering and when things aren’t right, and because kids are naturally egocentric, chances are that they’ll think they have somehow caused your unhappiness and that the dysfunction is really about them.

You may not look at it that way but the kids may believe that the frustration, anger or disinterest in the marriage is their fault.

Parents in extremely unhappy or dysfunctional marriages tend to provide their kids with a terribly unhealthy template for their future romantic relationships by showing them that it is alright to settle for less than they deserve in their relationships.

Kids that observe their parents settling for miserable or otherwise dysfunctional marriages tend to become pessimistic or passive about their about to be loved and to love in healthy and normal intimate relationships.

WHY DO DYSFUNCTIONAL MARRIAGES PRODUCE THESE EFFECTS?

More often than not, the conflict the parents are going through affect the kids by a spillover effect because such parents tend to be the worst kind of parents, who actively engage in criticism, shouting, aggression, making threats and hitting the kids. Dysfunctional marriages can also result in inconsistent and lax parenting, and in some cases, the parents may not even pay attention to the kids at all. This results in the kids failing to form a secure attachment to their parents.

Apart from the effects of a dysfunctional marriage affect parenting which in turn causes the kids to suffer, scientists have also suggested that as the kids struggle to understand their parents’ conflict, they come to find harmful ways to cope with the dysfunction or even blame themselves. Asides that, when you add the negative emotions they experience to the psychological reactions they end up developing from dealing with the stress, it could also result in harming their brain development.