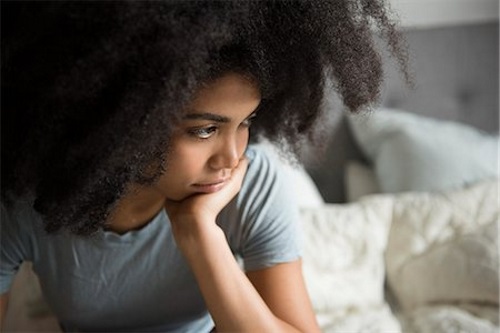 The last 3 months happen to be the most challenging of my life. I have struggled within myself about what to do and I haven’t been able to decide what to do. As the whole world is going through a very difficult time,my whole world hasn’t been at peace.

I am Hanna(not real name). I’ve been married for almost seven years. My hubby was the nicest to me while we were dating. Very romantic and thoughtful. Even when we first got married,he was a sweet heart. I was thinking to myself: you are the most fortunate girl on the planet.

Before long,getting pregnant became a problem. I started to get anxious after the first year. The sex was wonderful. We are both healthy and young. The tests we carried out confirmed nothing was wrong with both of us. The pressure of the delay in conceiving started getting to us by the third year.

ALSO READ:I Moved With This Man Because I Thought He Loved Me. -Pt 1

My hubby adores children. I notice the way he is with our friends kids,his little nieces and nephews. I saw he wasn’t coping too well with the delay despite the fact that he keeps saying that God will bless us with our own child. We prayed to the extent that we know how to. Our family members too prayed.

Year 3 was the worst. My hubby started to work later than normal. He seemed not to want to return home. Perhaps he was tired of coming to a quiet home. We got married in his 2 bedroom flat however we moved to a duplex right after wedding because we were getting excited about having children immediately.

The house now seems just too large and quiet and I believe that made him feel bad. I feel bad alot myself. I cry and also try to have trust in God. But the constant returning late from work of my hubby made me more frantic. We quarreled more and he would say a lot of painful words to me. He would later say sorry however those words never left me.

I believed something was not right with me. Why could i not give my hubby a child. Quarrel and abuse. That was our life there after. I used to detest my birthdays mainly because ,the only prayers people said on my birthday was may God do it for you this year. My hubby only madel ove to me when I was ovulating. He felt there wasn’t any use when I wasn’t ovulating.

I was so hurt. I didn’t know who to speak to. I attempted talking to his mum about his coming home late. She said the most hurtful thing to me,she said: why will he come back home,to what will he come back to,an empty home? At that time,I vowed never to talk to her about anything ever again.

Year upon year,I have hopes. My hubby and I tried IVF a year ago but it did not work out yet. He gave up and we continued to make love only within my ovulation period. At times,it felt like he was raping me more than even making love to me. That was my life until couple of months ago.

I went to a friend’s birthday bash at a fancy resort. It was such a wonderful party with the high and mighty in the society. My friend wanted me to come to the party because she wanted me to have a good time away from all the issues I was having at home. She persuaded me to take off my wedding band and mingle with people.

It felt very good. I needed to escape from my problems even if it was for just one day. We had a really wonderful time. The party went into very late into the night. My hubby wasn’t coming back home that night so there wasn’t any rush. We partied hard. At some point,we did some marijuana. And drinks. And a lot of dancing. It felt fantastic to feel so happy and free after a very long time.

We were at the VIP area having a blast. There was alot of flirting too. Dare, another guest at the party was stuck on me. I allowed him. He was kissing me and he couldn’t wait till we got to his car and had sex with me. I wasn’t thinking. I was just not thinking. It was a crazy night. I persuaded myself that I needed that escape.

The escape finished and I got home before 5am that day. My hubby came in 2 hours after. He didn’t even look at me. I was wasted. I had unprotected sex with a complete stranger and he did not notice.

I was sick to my stomach. I resented him for not loving me any more and not taking care of me. Like,he was clearly drifting away and I had cheated on him and he had no idea. I cried and cried. He later asked me if I was sick and I started to curse him. In my anger,I told him what happened. I needed to hurt him back exactly how he was hurting me.

When I told him I had sex with a total stranger,he beat me so hard and we fought like mad people. I noticed he too was drunk from where ever he spent the night before. After the fight, both of us started crying. The load of our problems came crumbling down on us. My hubby also had cheated. We had succeed in hurting one another.

We started to kiss and had the most passionate sex we have ever had in years. The pain we felt but we just wanted to love one another again. And wished for things to change. My hubby then suggested that we should adopt a child. He adores children,we agreed to go ahead with his suggestion. We wanted to start building our family now.

We informed our Lawyer and we started dealing with the relevant adoption agencies. All was great,we started talking about baby names,baby nursery,clothes,etc. Soon after I noticed my period was late. In my fright, I took a pregnancy test and it was positive. My life turned upside down. It dawned on me. It was that crazy night with that stranger.

ALSO READ:My Wife Wants To Leave me: Is This My Fault Or Is She Hiding Something?

I am dead….my hubby and I have been planning to have a baby for 6 years…not one day have I missed my period. Now,one day sex with a complete stranger,and now,I am pregnant. I have been so disturbed since finding out. And so scared of informing my husband. I do not know what to say,he would know it was that sex from that guy that led to this.

Is he going to make me to abort this pregnancy? Will he want me to keep it? So far,the only reasonable reason I have come up with is: pretend not to know I am pregnant so he just finds out months later then,I can convince him,he is the one responsible for the pregnancy. He would never link it to the previous months.

I am very very scared and so disturbed by all of these. I am finally pregnant…for most probably a stranger…what exactly am I meant to do now…certainly the universe must be mocking me…please advise me