How I Got Entangled With A Divorcee -Will He Ever Marry Me? 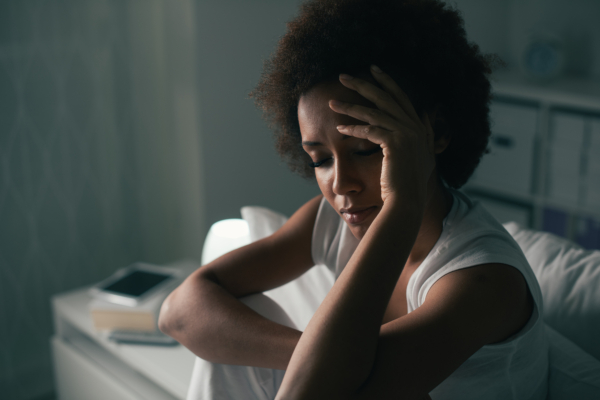 Please keep me anonymous. I am confused on what to do in my relationship. I need advice. I met Michael (not real name) 2 years ago. By that time,he had divorced his wife for almost 5 years. They have 2 kids.

Mike was really into me,showered me with love and everything. I mean,I have been in several relationships and none made quite as happy as Mike. I was really skeptical about dating let alone marrying a divorcee but Mike was different.

He made me feel so happy. We spent all our spare time together and we went on romantic vacations regularly. I was really swept off my feet. I used to wonder why Mike split from his wife cos he seemed like a very sweet man.

I didn’t have to wonder. Mike’s ex wife’s family didn’t support their marriage cos both of them come from different villages. In Igbo land,there is an ancient caste system called Osu and Mike is from a village where they were considered outcast in the olden days.

Mike and his ex met in America and got married against his ex’s parents wishes. That made them have many problems. The ex father cut her off from their family and the pressure was too much that they eventually had to separate.

According to Mike,the ex suffered depression and constantly blamed him for her issues with her family. Strange story right? I couldn’t believe such a crazy thing happening in the 21st century. Mike adores his 2 kids and they come spend holidays with him from America or he goes to see them twice every year.

I met the kids and I wanted to really have kids with Mike. But I wanted to get married first. Mike said he loved me and would want to marry me but that I need to give him time cos of his kids. That the divorce was hard on them. He wants them to be up to 10 years old before he gets married again.

The kids are 7 and 5 when we met. I was like hmm…that is not too long. And I was really happy. Even my parents were happy with Mike. He adored me. Last year,I got pregnant. It was not planned but I got pregnant and Mike was overjoyed. I told him I would not keep the child cos I wanted to be married first before pregnancy.

Mike begged me to understand. That he made a promise to his kids and his ex wife. That he wants them to be older before telling them he is moving on to marry someone else. I understand he adores his kids but I never dreamed of having a baby outside wedlock. So Mike agreed to do marriage introduction at least which we did.

I had my baby this January and God blessed us with a beautiful baby boy.  Like I said,Mike was overjoyed but after like a month,Mike and I started having issues. We would quarrel over flimsy stuff and I noticed he became very apprehensive and the only thing that I could pin point was that: something was wrong with his kids.

How I suspected was:before,Mike would call them in my presence or pick their calls. But now,he leaves the room to call or pick their calls. I questioned his strange behavior and he said he does not want his children to know we had a baby. That sounded selfish to me because when I got pregnant,he told me he told the kids and they were happy.

Now,he said he lied to make me happy. That the kids still think were are just dating. I agreed to hide our relationship cos of his promise to his kids but I will not hide my pregnancy. That really made me really upset. So I decided to call the kids without my fiancee knowing.

When I called the oldest,she was so happy to see me. I asked after her mother and she told me Mommy is having a baby,we are so happy. A baby,I asked her,is her mom remarried or dating,she said,no…my parents are back together,my mom is pregnant for daddy.

My life stopped for several seconds. When Mike got back,I asked him and he just broke down and started asking for my forgiveness. He said it was a mistake. He went there for Christmas last year and they had s*x. Now she is pregnant and wants to keep the baby. Ha…so,what about what the daughter said about them getting back together,he said they are not getting back together …just that they kids think a baby will bring back both parents.

I am seriously confused. Mike has broken my trust. I feel so betrayed by a man I trusted so much. I never wanted anything to do with a divorcee cos I never wanted their baggage but here I am,not even married but now a baby mama for a man who just got his ex wife pregnant.

Now,how am I sure they are even divorced? Mike showed me divorce papers and swears he is not getting back to her but I still feel hurt and my first reaction is to walk away and leave him to sort his mess. I just feel so sad. How do I raise my son alone? I never wanted to be a single mother.

And now,Mike calls his ex very often. He says he is only checking on her to make sure she is ok. That the wife is aware about me and she knows I have a baby and she does not plan to come in between us. My parents are so upset and insist on Mike marrying me right away,Mike has said,our marriage will be be next year,when his first child turns 10.

I don’t even know if I want to marry him anymore cos he cheated with his ex. That woman will forever be in our lives. What if he keeps sleeping with her every time he goes to visit the kids in America?

Mike is now paranoid. He still refuses to call his kids in my presence,which makes me suspect him more. We are always having arguments cos of this. I feel so unhappy. His ex is due in September,Mike wants to travel to be with her during the birth. What have I gotten myself into?

My parents are advising me to take it easy …so as not to drive Mike back into the arms of his ex…but to me,he is already back to her…abi…why else did they have s*x and she got pregnant for him? What more am I waiting to get in this relationship? A promise of marriage for next year?

And what if next year comes and he does not marry me…What do I do? Mike says I dont trust him and that I should be patient cos no marriage can work without trust. Now,he is making it seem like I am the one with the issue. That I should forgive him and trust him.

Will I not be a fool to continue to trust Mike’s words after what he did to me?