How my landlady killed my husband – Widow narrates 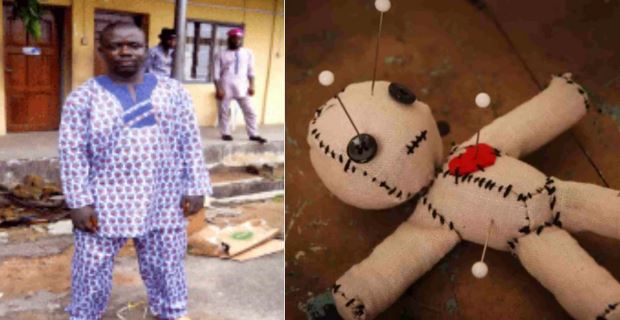 A widow, Bose Oladele, of 16 Adekoya Street in Ojo Local Government Area of Lagos State has alleged that her landlady killed her husband with juju before fleeing.

The widow claimed that the landlady of their house and her daughters murdered her husband, Idowu Oladele, over the weekend.

The fleeing landlady, Fausat Ibrahim, was alleged to have hit the deceased with a charm on his chest, causing him to slump and died moments before being rushed to the hospital, Vanguard reports.

Late Oladele’s widow, Bose, who narrated in tears how her husband was allegedly killed, stated that trouble started after she and her late husband returned from a party at about 9 pm on Saturday and left the cooler which was used to take food to the party, at their door step, with the intention to wash them next day.

”barely had we settled down than we heard bangs on the door. When my husband opened the door, he found our landlady and her two children, Awwal and Zainab.

“The landlady asked why we put our property at our doorstep, that every part of the compound belongs to her. While my husband tried to reply, her son, Awwal, hit him on his head.

As he turned to face Awwal, the landlady used a charm to hit my husband on his chest.  He (husband) started jerking and after some minutes, he fell and died.”

Other tenants in the compound said the fleeing suspect had threatened severally to kill the deceased.

According to a tenant, who spoke on the condition of anonymity:

“She has been threatening to take his life on several occasions. In fact, just some days ago, the landlady told Idowu that she would kill him very soon, because he was daring her in that compound.”