HOW NOT TO BE A SINGLE PARENT LIKE TONTO DIKE 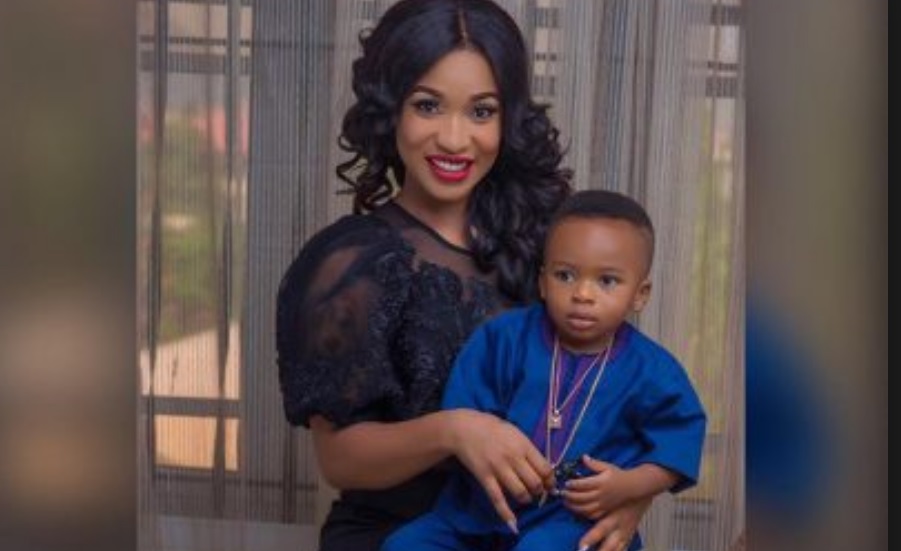 Tonto Dike is a single mother that’s well known all over social media as a controversial actress and singer. But these days all we hear is “my ex-husband did this, he did that.” What exactly is happening?

Let me give you a hint.

Sometime last month Tonto’s ex-husband, Olakunle Churchill decided to petition the Inspector General of Police against her on the grounds that she forged documents and illegally sold his Toyota Prado SUV for N22 million. What was Tonto’s response? She went on Instagram and said, “NOW THE TRUTH IS OUT, I NEVER GOT A GIFT AND NEVER WAS ANY CAR BOUGHT IN MY NAME AS A GIFT!!”

The dust from this argument hadn’t settled down when a few weeks later, during an interview with Daddy Freeze, Tonto revealed that she once caught Churchill wearing red pants, setting red candles and playing with his laptop in the middle of the night. She added that she was sure he was a Yahoo boy. Why else would he be doing such ridiculous things? When asked why she revealed this, Tonto claimed she was doing it for her young son.

She said she wanted her son to grow up knowing all the struggles she went through for him. “I’ll like to clear up all the lies, all the allegations, and everything once and for all…I feel terrible, I feel used. I am the biggest scam that Churchill Olakunle Oladunni has ever played in his life,” she said.

It is no joke to note that Tonto is a woman constantly surrounded by debates, arguments, and disputes and it sucks to imagine what it must be like for her son to be caught up in the midst of it all. Would the boy grow up and truly appreciate his mother for the troublesome life she has been leading?

Let us even look at it from Churchill’s point of view for a second. Research shows that men who go through divorce are more likely to experience depression and might find themselves struggling to interact properly with their ex-wives. Could this be what Churchill is going through? Are his online remarks about her just his way of trying to find a middle ground with her? You might have to decide this yourself.

If you think this is the end of it, now would be a good time to sit back and enjoy the rest of the story.

No matter how bitter divorce may be, for the sake of the child or children involved, don’t make the same mistakes that Tonto made. Take a look at these few pointers:

From Tonto’s story, you can see that she never wastes any time in throwing shade at her ex-husband any chance she gets, from calling him a 40-second man to calling him a thief.

This is a very bad example to set for her son as there have been cases where children become confused, alienated and upset when they keep hearing one parent say terrible things about the other.

At this rate, Tonto’s son is going to become caught up in the social media drama between his divorced parents and never truly feeling any connection with his father.

Keep your temper in check

It’s understandable that after a bitter divorce, one or both parties are upset about a few things, which as seen in Tonto’s case, would only become worse by frequent confrontations between the exes.

When altercations occur, it’s always best to keep your cool and try to establish peace. Instead of Tonto lashing out at Churchill over every little thing, she should address any issues that trigger her anger. When Churchill eventually realizes that his actions will not result in Tonto having a meltdown, he might be less likely to continue those behaviors that cause her to retaliate on social media.

Be the better person

Taking the high road when dealing with an ex may be really difficult but it might actually help if you think about the reasons behind the ex’s behavior. Showing empathy and refusing to participate in conflict is not about making excuses for the ex, it’s about being the better person. It’s about preventing further escalation of your problems, because at the end of the day, adding fuel to fire will only make it worse.

From her behavior, it’s safe to say that Tonto isn’t trying to be the bigger person. Early in April, her Instagram status was buzzing with posts where Tonto announced that she would not stop the war with her ex, that she owed no one any explanations and would do as she pleased.

Just a few hours ago, she posted, “…Do I want him back? Even he knows the answer, Only maybe to KILL him…”

If you were a single mother in her shoes, would you expose your son to so much heated controversy? Should a divorced single parent remain so bitter and vengeful?

When actor IK Ogbonna called her out on her poor behavior as a mother, Tonto did not hesitate to resort to threats and insults, telling the poor fellow to mind his business and leave her son out of it.

There are very few things in life that are as difficult to recover from as a divorce, especially when there is a child involved. The best way to deal with it is to learn to let go by taking the time to grieve instead of glossing over it with distractions. Talk to someone who truly cares for you instead of your social media followers who are only looking for the next juicy gist.

Honestly now would be a good time for Tonto to focus on raising her child in as conducive an environment as possible but Tonto doesn’t seem to be ready for that.

Focus on your work and your child and do everything you can to remain amicable with your ex for the sake of that child.

We can only remain hopeful that Tonto’s son doesn’t grow up believing that his parents split up because of him as is common with many children whose parents go through a hurtful divorce.