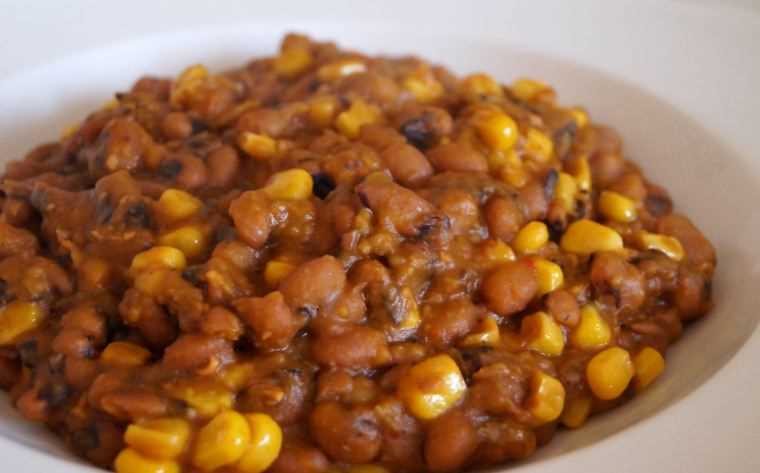 How to Cook Beans and Corn Porridge (Adalu)

Beans are a great source of protein and fibre and they taste really good. You don’t have to worry about extra cholesterol in your diet or adverse health effects, unless you’re allergic to them. This is How to Cook Beans and Corn Porridge (Adalu).

Prepared well, any meal with beans can feed many people and leave happy memories in their wake. You can have them as they are just flavoured with salt or get creative and throw in some spices like coriander, cumin seeds, a cinnamon stick or even ginger. Tomatoes always find a place in a pot of beans and coconut milk or cream takes you to food heaven.

Maize is a carbohydrate that gives a good amount of energy and fibre if it still has the kernel intact. It tastes great too whether boiled, roasted or grilled with a swathe of butter. With the kernel intact, it releases energy slowly into your body and allows you to get a good supply of energy without crashing a short while later like you would with processed foods.

Now imagine these two food items in the same pot, infusing deliciousness into each other. Adalu is a mixture of maize and beans and oh, they make a great pair! For those who don’t like beans, this is a great way to try them and you may just get converted.

This recipe includes vegetables on the side to add more nutrition and fibre. You can however serve it with meat or fish as well.

Ingredients for the Adalu

Ingredients for the veggies

There you have a simple no-fuss, one-pot meal that is healthy and gives you the essential nutrients you need. The colour contrast is also very striking and appealing.

This combination is best enjoyed hot but will remain tasty at any temperature. You may find that it tastes better if the beans are a little more than the maize so look at your proportions before boiling the maize and beans.