HOW TO SURVIVE THE TEEN YEARS. 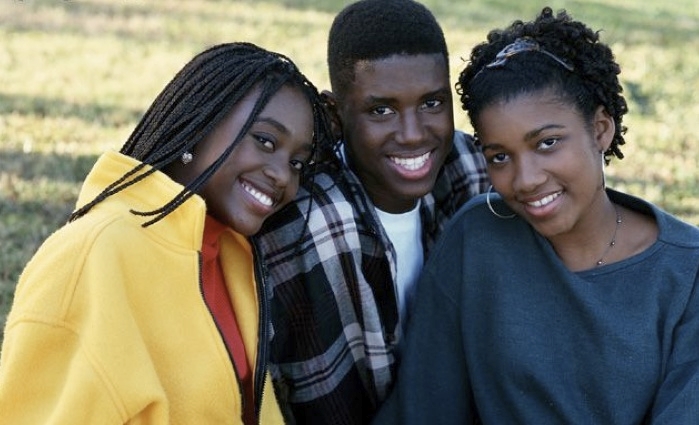 You’ve lived through 2 AM feedings, toddler temper tantrums, and the back-to-school blues. So why is the word “teenager” causing you so much anxiety?

When you consider that the teen years are a period of intense growth, not only physically but morally and intellectually, it’s understandable that it’s a time of confusion and upheaval for many families.

Despite some adults’ negative perceptions about teens, they are often energetic, thoughtful, and idealistic, with a deep interest in what’s fair and right. So, although it can be a period of conflict between parent and child, the teen years are also a time to help kids grow into the distinct individuals they will become.

So when, exactly, does adolescence start? The message to send your kid is: Everybody’s different. There are early bloomers, late arrivers, speedy developers, and slow-but-steady growers. In other words, there’s a wide range of what’s considered normal.

But it’s important to make a (somewhat artificial) distinction between puberty and adolescence. Most of us think of puberty as the development of adult sexual characteristics: breasts, menstrual periods, pubic hair, and facial hair. These are certainly the most visible signs of puberty and impending adulthood, but kids who are showing physical changes (between the ages of 8 and 14 or so) also can be going through a bunch of changes that aren’t readily seen from the outside. These are the changes of adolescence.

Many kids announce the onset of adolescence with a dramatic change in behavior around their parents. They’re starting to separate from Mom and Dad and to become more independent. At the same time, kids this age are increasingly aware of how others, especially their peers, see them and are desperately trying to fit in. Their peers often become much more important, as compared with their parents, in terms of making decisions.

Kids often start “trying on” different looks and identities, and they become very aware of how they differ from their peers, which can result in episodes of distress and conflict with parents.

One of the common stereotypes of adolescence is the rebellious, wild teen continually at odds with Mom and Dad. Although it may be the case for some kids and this is a time of emotional ups and downs, that stereotype certainly is not representative of most teens.

But the primary goal of the teen years is to achieve independence. For this to occur, teens will start pulling away from their parents — especially the parent whom they’re the closest to. This can come across as teens always seeming to have different opinions than their parents or not wanting to be around their parents in the same way they used to.

As teens mature, they start to think more abstractly and rationally. They’re forming their moral code. And parents of teens may find that kids who previously had been willing to conform to please them will suddenly begin asserting themselves — and their opinions — strongly and rebelling against parental control.

You may need to look closely at how much room you give your teen to be an individual and ask yourself questions such as: “Am I a controlling parent?,” “Do I listen to my child?,” and “Do I allow my child’s opinions and tastes to differ from my own?”

TIPS FOR PARENTING DURING THE TEEN YEARS

Looking for a roadmap to find your way through these years? Here are some tips:

Read books about teenagers. Think back on your own teen years. Remember your struggles with acne or your embarrassment at developing early — or late. Expect some mood changes in your typically sunny child, and be prepared for more conflict as he or she matures as an individual. Parents who know what’s coming can cope with it better. And the more you know, the better you can prepare.

Talk to Your Child Early Enough

Talking about menstruation or wet dreams after they’ve already started means you’re too late. Answer the early questions kids have about bodies, such as the differences between boys and girls and where babies come from. But don’t overload them with information — just answer their questions. If you don’t know the answers, help them find someone who does, like a trusted friend or your pediatrician.

You know your kids. You can hear when your child’s starting to tell jokes about sex or when attention to personal appearance is increasing. This is a good time to jump in with your own questions such as:

A yearly physical exam is a great time to bring up these things. A doctor can tell your preadolescent — and you — what to expect in the next few years. An exam can serve as a jumping-off point for a good parent/child discussion. The later you wait to have this discussion, the more likely your child will be to form misconceptions or become embarrassed about or afraid of physical and emotional changes.

Furthermore, the earlier you open the lines of communication, the better chance you have of keeping them open through the teen years. Give your child books on puberty written for kids going through it. Share memories of your own adolescence. There’s nothing like knowing that Mom or Dad went through it, too, to put a child more at ease.

Put Yourself in Your Child’s Place

Practice empathy by helping your child understand that it’s normal to be a bit concerned or self-conscious, and that it’s OK to feel grown-up one minute and like a kid the next.

If teenagers want to dye their hair, paint their fingernails black, or wear funky clothes, think twice before you object. Teens want to shock their parents and it’s a lot better to let them do something temporary and harmless; leave the objections to things that really matter, like tobacco, drugs and alcohol, or permanent changes to their appearance.

Ask why your teen wants to dress or look a certain way and try to understand how your teen is feeling. You might also want to discuss how others might perceive them if they look different — help your teen understand how he or she might be viewed.

Inform Your Teen – and Stay Informed Yourself

The teen years often are a time of experimentation, and sometimes that experimentation includes risky behaviours. Don’t avoid the subjects of sex, or drug, alcohol, and tobacco use; discussing these things openly with kids before they’re exposed to them increases the chance that they’ll act responsibly when the time comes. Share your family values with your teen and talk about what you believe is right and wrong.

Know your child’s friends — and know their friends’ parents. Regular communication between parents can go a long way toward creating a safe environment for all teens in a peer group. Parents can help each other keep track of the kids’ activities without making the kids feel that they’re being watched.

A certain amount of change may be normal during the teen years, but too drastic or long-lasting a switch in personality or behavior may signal real trouble — the kind that needs professional help. Watch for one or more of these warning signs:

Any other inappropriate behavior that lasts for more than 6 weeks can be a sign of underlying trouble, too. You may expect a glitch or two in your teen’s behavior or grades during this time, but your A/B student shouldn’t suddenly be failing, and your normally outgoing kid shouldn’t suddenly become constantly withdrawn.

Some parents, understandably, have a very hard time with this one. They may feel that anything their kids do is their business. But to help your teen become a young adult, you’ll need to grant some privacy. If you notice warning signs of trouble, then you can invade your child’s privacy until you get to the heart of the problem. But otherwise, it’s a good idea to back off.

In other words, your teenager’s room, texts, e-mails, and phone calls should be private. You also shouldn’t expect your teen to share all thoughts or activities with you at all times. Of course, for safety reasons, you should always know where teens are going, when they’ll be returning, what they’re doing, and with whom, but you don’t need to know every detail. And you definitely shouldn’t expect to be invited along!

Start with trust. Let your teen know that you trust him or her. But, if the trust gets broken he or she may enjoy fewer freedoms until the trust is rebuilt.

MONITOR WHAT KIDS SEE AND READ

TV shows, magazines and books, the Internet — kids have access to tons of information. Be aware of what yours watch and read. Don’t be afraid to set limits on the amount of time spent in front of the computer or the TV. Know what they’re learning from the media and who they may be communicating with online.

Teens shouldn’t have unlimited access to TV or the Internet in private — these should be public activities. Access to technology should also be limited after certain hours (say 10 PM or so) to encourage adequate sleep. It’s not unreasonable to have cell phones and computers off limits after a certain time.

Bedtime for a teenager should be age appropriate, just as it was when your child was a baby. Teens still need about 8-9 hours of sleep. Reward your teen for being trustworthy. Does your child keep to a 10 PM curfew on weekends? Move it to 10:30 PM. And does a teen always have to go along on family outings? Encourage a reasonable amount of family time together.

Decide what your expectations are, and don’t be insulted when your growing child doesn’t always want to be with you. Think back: You probably felt the same way about your mom and dad.

WILL THIS EVER BE OVER?

As kids progress through the teen years, you’ll notice a slowing of the highs and lows of adolescence. And, eventually, they’ll become independent, responsible, communicative young adults.

So remember the motto of many parents with teens: We’re going through this together, and we’ll come out of it — together!