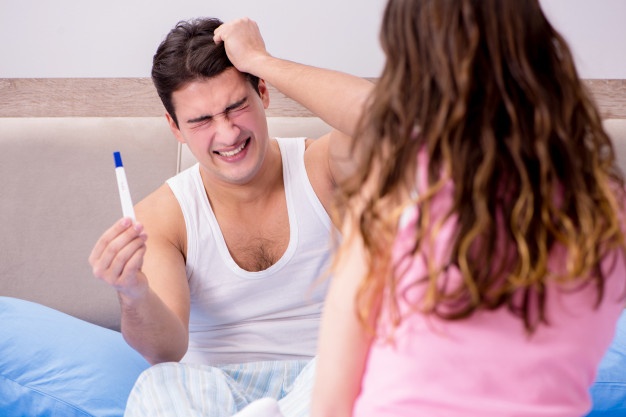 Please post this for me anonymously. I need sober advice for the situation I’m in. I have been married for four years now and I am pregnant with my second baby. My husband doesn’t like the fact that I’m pregnant and he isn’t even hiding it anymore.

Unlike me, my husband only wanted one child. He got very annoyed when I told him I was pregnant again and keeps blaming me for it, saying I did it on purpose because I wanted more kids. The truth is earlier on in our marriage we were trying to get pregnant and the doctor said I couldn’t get pregnant. They put me on hormones to regulate ovulation and that’s how I got pregnant with the first.

For that reason, we both assumed that conception for us would always require some kind of assistance and so we continued having sex with no contraceptives. We did this for a year and four months until I found out I was pregnant. I didn’t intend for this to happen and I most definitely didn’t plan it since my first born is only one and a half.

I’ve had back problems ever since I had my first and this pregnancy is a little rough on me. I barely eat and as a result, I feel lightheaded quite often. Sometimes it gets so bad I actually faint. I asked my husband to help me even just with making one of the meals but he refused and said I chose to get pregnant.

He is rarely home nowadays and even when he is, he just stays on his phone most of the time. The baby will cry and he won’t even turn to find out what the problem is. He doesn’t speak to me anymore and doesn’t respond even when spoken to. I’m so drained and physically strained and I don’t know what to do. How do I cope now that my husband hates me for getting pregnant?