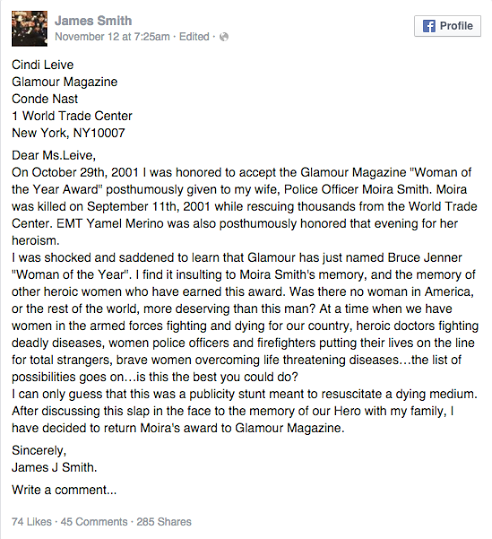 A man whose NYPD officer wife was killed on 9/11 returned her posthumous ‘Woman Of The Year’ Award from Glamour magazine after Caitlyn received one. He blasted the magazine in a post on Facebook for not finding other deserving women to give it to. Read Glamour’s response to his post below…..

‘Glamour was proud to honor Police Officer Moira Smith in 2001 and we stand by our decision to honor Caitlyn Jenner among our class of winners in 2015. Caitlyn Jenner has helped shine a light on the problems faced by transgender youth and given voice to a community that is often unheard. Glamour’s Women of the Year Awards recognizes brave, bold women who in their individual ways have all made a significant difference in the world.’