My husband has serious trust issues and it’s ruining me! 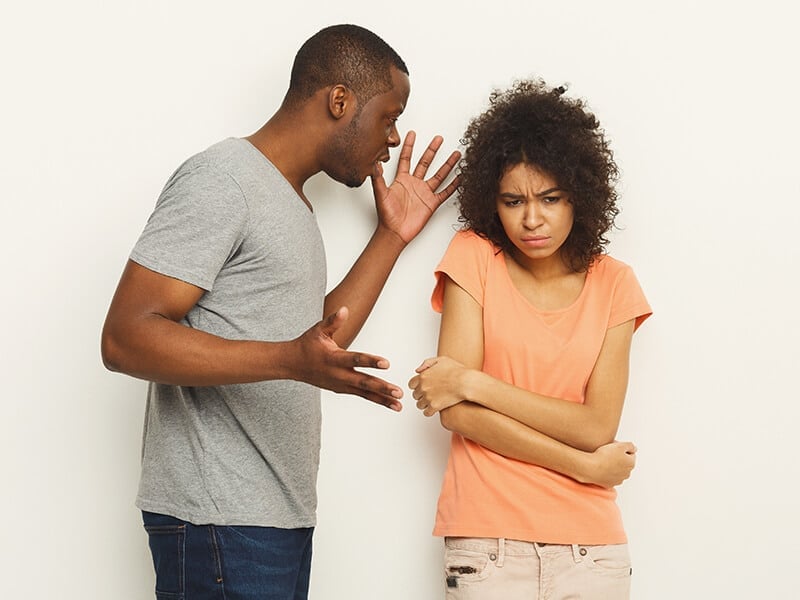 The current state of affairs has left me so broken and traumatized and I don’t know what to do. I am married with three children. We’ve been married for nine years now. My husband is a businessman and I am in formal employment. The issue that has gotten us to this point in our marriage is my husband’s mistrust. He often assumes I’m having an affair and when he does, he throws insults at me and beats me to a pulp. Often times I wish I would die from the beatings because they leave me in so much pain! I end up going to hospital afterwards. My house is basically a war zone half the time.

I’ve never cheated on him and frankly, the thought has never even crossed my mind. Every time these episodes happen he later calms down and apologizes profusely. I always tell him I’ll forgive him provided he doesn’t do it again. The fights keep happening though. He raises his voice so loud the neighbors hear every single insult. I really hate that he calls me a prostitute and all sorts of ugly names. It’s not right and I just wish he would stop. People argue and that’s normal but does it have to get this far?

Last week he was at it again. It started out as something very small and he blew it out of proportion. My kids and househelp were there and that didn’t stop him from hurling insults at me. He went a step further and called the neighbors. He literally gathered the neighbors and told them he’s leaving me otherwise he’ll kill me. Of course that sounds like a better option but he never quite said why he would kill me. I can’t explain how embarrassing that was! soon after that he packed all his things in a suitcase and left the house. I have no idea where he is at the moment and I don’t even know where to begin. It’s so unbelievable and surreal.

I gave my all to this marriage and I really wanted it to work. I did everything I thought was required of me and respected my husband. I took care of the children like a good wife should. The day he left, he swore he’s never coming back to us. Who leaves their children just like that? Have I really lost him forever? Where do I start from? Who do I turn to? I have no other family to speak of because my parents and siblings died. I barely have any friends because I spent most of my time tending to my marriage and children. We’ve generally lived a secluded life and so I can’t even involve his family as such. Even so, nobody questions him that side. He’s the eldest and so he calls the shots often. What do I do now? I feel helpless and hopeless!