I am pregnant for my ex and my husband stays in Italy. Please help me. – Newly married lady cries out. 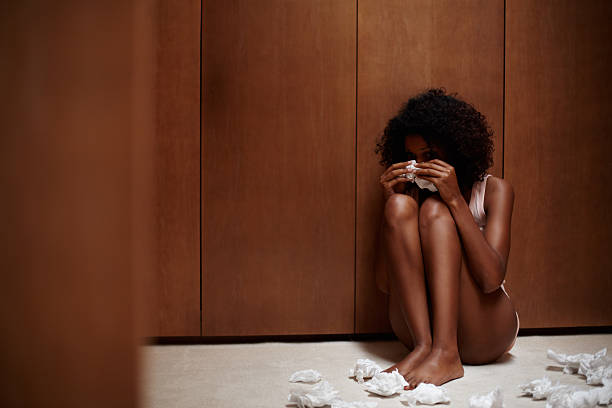 I read a story here and it has motivated me to share mine. I’m in a big problem. My life is ruined. I am newly married. My traditional marriage and white wedding have been completed and my husband stays in Italy. The wedding was concluded before the nationwide Lockdown and my husband travelled back to Italy. He was working on my papers so I could join him. Apart from that, I just started my NYSC but because of the Lockdown, we were sent home from camp. That’s another reason why I couldn’t fully leave with him since I need to finalize things here.

Sincerely, I love my husband so much but I think I have failed him. He is very nice to me and sends me money but I failed on my promise to stay true to him. When he left after our wedding, I became lonely and needed someone to always talk to. He was always busy with work so we don’t speak frequently. He sends me messages on WhatsApp and once in a while video calls me. I was trying to keep up with his absence but it wasn’t going well. I started going to my friend’s boutique daily so I won’t be all alone at home.

I dated my ex for four years but he was not showing any sign of marrying me. I was giving him hints but he was not doing anything. It got to the point that I had to say it out. I had suitors and I was turning them down hoping he would take our relationship to another level. I asked him about his plans with me and he said he was trying to sort himself out. He was well to do and had more than enough to marry me so why would he keep dribbling me? I couldn’t wait anymore so I left him.

When he heard about my marriage, he continued calling and blackmailing me. He said he always knew I was a gold digger and left him for someone richer. He continually made me feel like a terrible person and I tried to end contacts with him. I asked to see him and he moved down to my location. I  went to see him in the bar of a hotel where he was staying. When I met him, I apologized for everything and made him see reasons why I had to leave the relationship. I heard all he had to say and stressed that said he only wanted closure.

One thing led to another and I followed him up to his hotel room. I honestly do not know what happened and we had sex. He later dropped me off at my friends boutique. I felt terrible about everything that transpired between us. Some weeks later, I started feeling feverish and my friend suggested I run a pregnancy test. I was scared but I did as she suggested. I got the result last week and it shows I am pregnant. I don’t even know what to do. I haven’t called him to say anything.

I told my friend about this and she thinks I should get rid of the baby. I’m scared to do that. I can’t even tell my ex about it. I am doomed. I don’t know what to do. It is okay for you to insult me or think I am stupid but honestly this was never my intention. I don’t know how all these happened but I am willing to do anything to fix the situation. I love my husband so much and I don’t want him to find out. I don’t want to lose him for any reason whatsoever. Please talk to me. My life is in shambles.

Comments to I am pregnant for my ex and my husband stays in Italy. Please help me. – Newly married lady cries out.