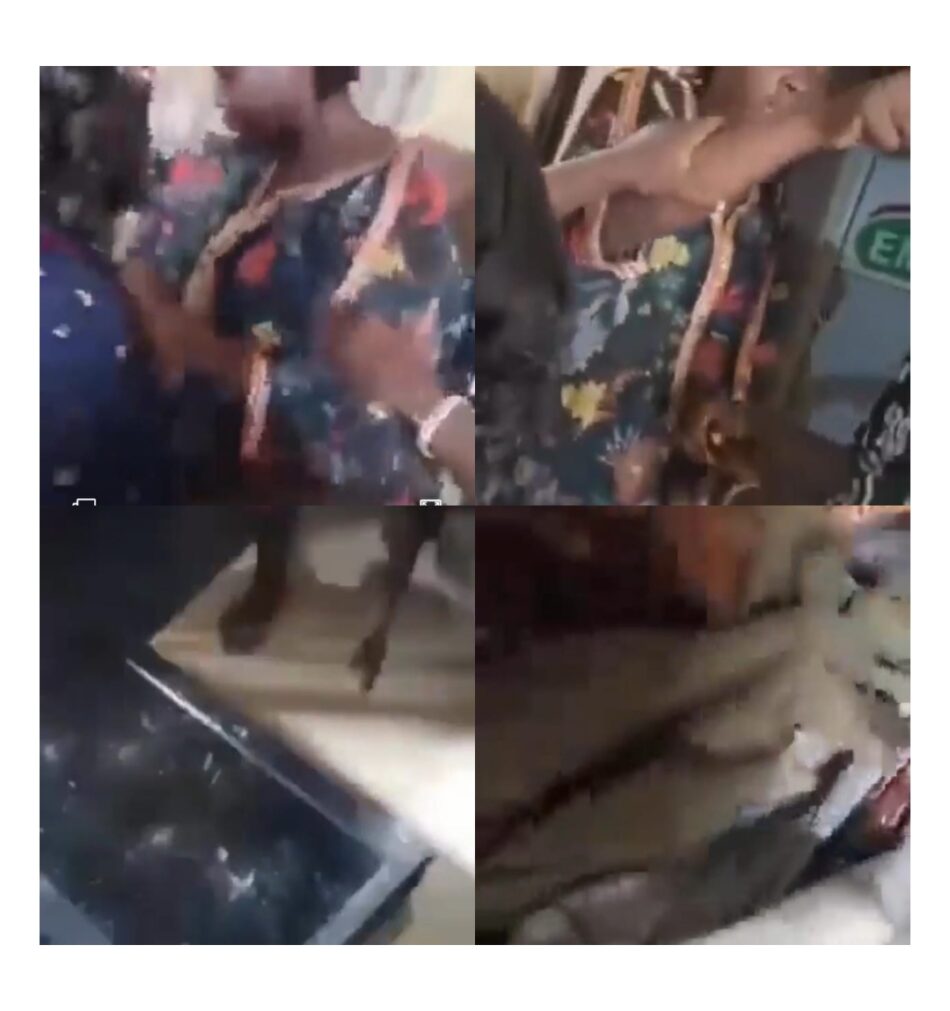 A video of a Nigerian woman throwing her man’s things from his house after catching him with another woman in their home has gone viral.

In the video, the woman who was visibly angry could be seen throwing his things out of the house where she pays the rent.

”This house when I dey pay house rent naim you come dey do nonsense?” she said.

The man who was shocked at her actions insisted that she cannot throw him out as he is the man of the house.

‘I am the man of this house. You nor go fit drive me” he said as he charged towards his woman

He said the woman deprives him of many things.

Their neighbors came around to plead with the woman who threw his ”Ghana must go” bag as well as destroyed the TV he brought to the house.

Some people however think the video is staged.