I caught my girlfriend giving my dad a foot massage 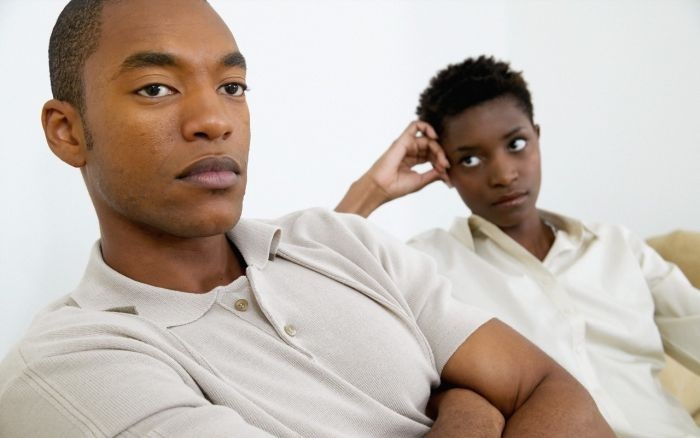 My girlfriend and I have been dating for a year. Since we’ve both been struggling financially, and she has a difficult relationship with her family, she’s been living with me at home with my parents in the past a couple of months. Everything’s been going well, and she’s made a point to help in the house wherever she can.

Usually, she gets up at 6 AM to do the cleaning in relative silence. This morning, she woke me up as she left the room, but I didn’t think much of it. My mouth felt dry, so I decided to head to the kitchen to get a glass of water. In the hall, I noticed the door to the guest room was open, which was weird because my girlfriend usually doesn’t clean that room.

ALSO READ:I need your advice on what I am passing through in my marriage and people’s opinion too.

I opened it, and saw my father laying on a chair by the bed with his feet up, and my girlfriend was sitting in front of him with her hands wrapped around one of the feet. They were both fully clothed. They both looked at me, I looked back, and I just quietly head back to my room, locking the door behind me.

I heard my girlfriend knocking on the door and telling me it was just a foot massage, and it’s not what I think, but I just ignored her. I heard my dad knocking too, calling me immature, and then my mother begging me to come out for food at least. I tried to check her phone for any suspicious text messages, but it’s locked.

I haven’t left my room all day. I don’t know what I’m supposed to feel. Am I seriously just overreacting? How can I handle this? Please don’t mention the fucking Pulp Fiction scene, I don’t care.

ALSO READ: I haven’t seen or spoken to my biological dad in 20 years should I write him a letter to get to know him?

I mustered the courage to go and talk to them, and had my girlfriend open her phone. Long story short, this has been going on for a while, and I guess my mom either didn’t know or doesn’t care. Lots of heart emojis. My girlfriend apologised and said she thought it’d be too awkward to tell me, but she felt bad for my dad, while my dad said he was embarrassed about getting old and having foot pains. I told him she isn’t a masseuse, as well as some more colorful words.

He tried to discuss “comfort levels” and boundaries, but I told him the fact that they did this in secret means they already know boundaries were broken. We got into a mild physical altercation, and now I’ve decided to move out. I’ve already contacted a friend.

I don’t know if it progressed farther than that for sure, but the trust is gone. I don’t think I’ll ever be able to speak to any of them again.