I didn’t beg you to pay my fees, don’t use it to trap me – Lady tells boyfriend as she dumps him 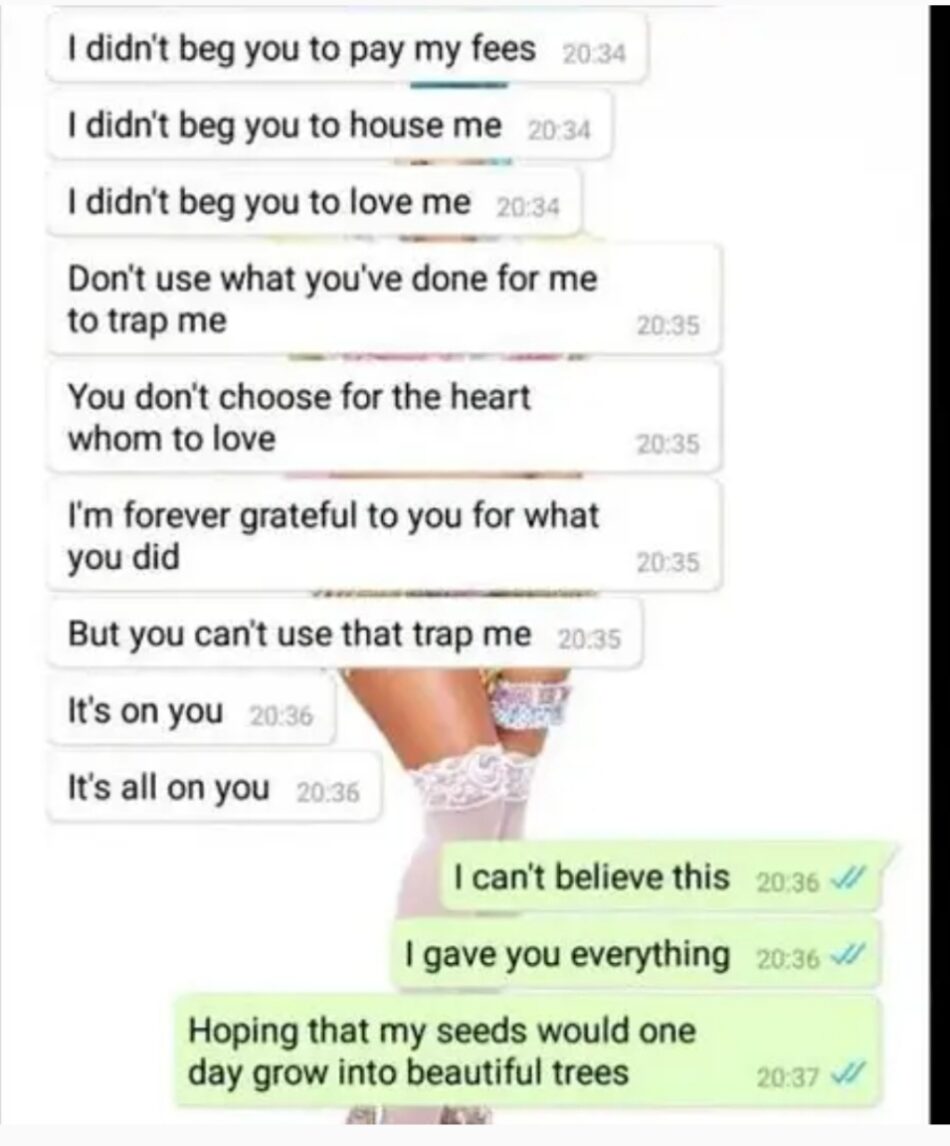 A conversation on WhatsApp between a man and his girlfriend who decided to breakup with him despite all he has done for her, is making the rounds online.

It seems he had brought up all the things he did for her in the past as a way to discourage her from dumping him, but she asked him not to use all that to trap her.

In the chat, she mentioned that he paid her school fees, and housed her but she does not want him to guilt trip her into staying with him.

She said she is grateful for everything and noted that he chose to do all those things out of his own will and she did not beg him.

In response, the man expressed shock that she decided to end their relationship despite the fact that he had given her everything.