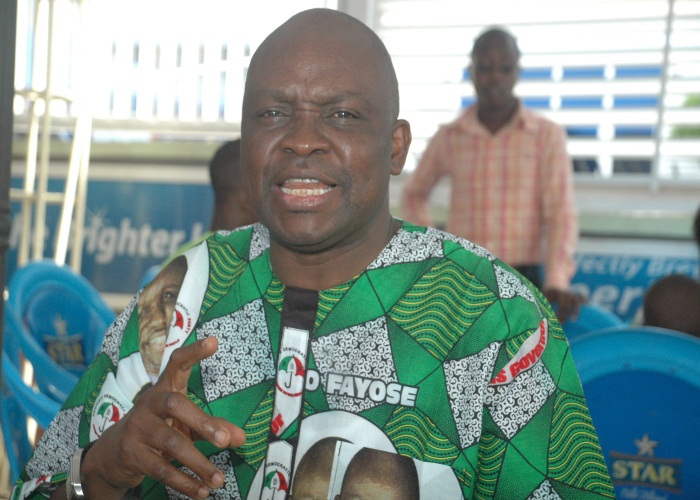 Ekiti State Governor, Ayodele Fayose, debunked allegations that he ordered the policemen and vigilante groups to arrest members of the All Progressives Congress (APC).

Fayose, while reacting to an allegation credited to Babafemi Ojudu, representing the Ekiti Central, said the allegation was an attempt by the APC to cause confusion since the party knew it could not win the general elections.

According to a statement by his Chief Press Secretary, Idowu Adelusi, Fayose vowed to retrieve government vehicles still in the custody of political appointees under Kayode Fayemi administration because they refused to pay up.

“The vehicles were given to them under monetisation policy of the last administration.

Since they have refused to pay up for the vehicles, the government will certainly retrieve them.

I don’t know when retrieval of vehicles amounted to arrest of APC members.

When Fayemi came to power in 2010, he equally retrieved vehicles in the hands of political appointees of Segun Oni.

The affected appointees did not complain and neither did they go to the press to disparage Fayemi for doing so.

The APC is noted for fabricating lies and to defend the lies thinking that it can hoodwink the people.

I am advising Ojudu and the APC to channel energy on how to salvage General Muhammadu Buhari‎ and the APC candidates in Ekiti State who are destined for failure in the general elections,” he said.