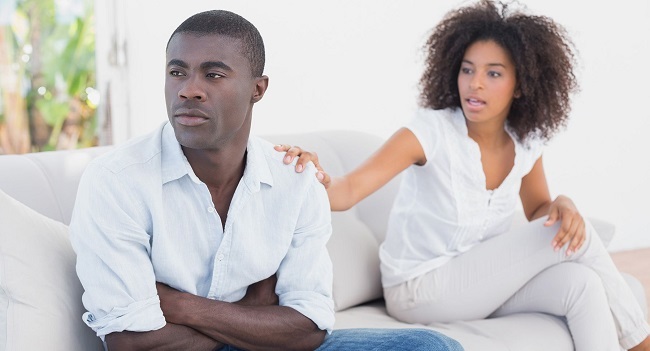 To preface, I should first say that my wife and I have two kids (8F & 6M), and when it is just the four of us, or even just the two of us together with the kids elsewhere, I feel like things are great. She is loving, supportive, considerate, and NEVER petty or passive aggressive (which are things that I really struggled to deal with growing up in my household).

My problem is–and I cannot possibly be succinct about the reasoning why–I resent my wife.

When we first met, and started talking, in Uni. she was having casual sex with several different guys during the same time period. A little off putting I guess, but ultimately no big deal, I thought, because she just seemed sad. And I suppose I thought she was just using the wrong means to try to find someone to care about her. And even if I was wrong, college is for experimenting.

I misjudged her in this respect though, because the truth is, she both was at the time and remains to this day, very focused on her past sexual relationships in high school and Uni . I am not quite sure how to best describe this–but it feels like none of her relationships end from her perspective, she is still (visibly, red-faced) angry to this day about a girl in school stealing her form 4 boyfriend.

Now, don’t get me wrong, everyone has a past, and if that past stayed in the past then it would be no problem for me whatsoever. My problem is that, for her, her past is an important and rousing part of the present.

The last decade of my life has meant that at literally EVERY function we’ve been to involving her Uni friends or mine, she will bring up one of these guys from the Uni years. Not like, “remember when I was seeing John and…” but actually more like interrupting someone explaining why they changed majors to talk about what John “felt like inside her” or what sexual position Kunle liked. I know that these examples alone probably sounds crazy, as though I must be forgetting the catalyst for these non-sequiturs, or skewing or misrepresenting some part the truth in order to mask my intent here. I can only say, after replaying these conversations over and over again for ten years in order to consider how to address the feelings they have caused, only the extraneous is saved here.

ALSO READ:I Have A Problem With the Wife of My Husband Brother.

And although conversations such as these have grown less vulgar over the years, it is an absolute certainty, like death and taxes, that if we are around this circle of Uni friends, a sexual experience with one of these guys will be a topic that she brings up within the first 5 minutes of catching up. In fact, after about 10 years, for the first time ever, someone else brought up one of these guys as the subject in the first five minutes, (he was a two night stand), and she responded at the time, “you mean MY Bode???”.

My jaw dropped–I’m thinking, we have kids together, it’s been over a decade, and your two night stand from a decade ago is, in front of me, “MY” Bode??? To be frank, I decided I should no longer be with her in that instant. I just ultimately never followed though.

Since Uni , we have lived near her hometown. Her secondary school life was a lot like Uni , obviously, because it is a fairly regular occurrence for us to be out and in town without her saying, “Oh that’s so and so from secondary school, she doesn’t like me because she thought i was being too friendly with her boyfriend”. That conversation happens several times a year. I haven’t met anyone who was actually a friend of hers in secondary school, come to think of it.

After 10+ years of marriage, I now try to avoid going out with my wife generally. I try not to see my friends from Uni except when absolutely necessary (weddings), and I try not to go do things around town with my wife, frankly just because I’m tired of having the same conversation without any resolution. I feel like I’m a hermit crab retreating into its shell, and in the process, I’m missing so many things that are good about that the world.

And, this, I think, brings us to the most important part.

ALSO READ: I hate my dad right now and I don’t wish him well right now.

Obviously, dealing with this directly (together) would be the way to go. I love my wife, and she has so many great qualities as I have mentioned, but I have tried several times over the course of our marriage to talk to her about how this makes me feel and I have (separately) tried my very best to get over it. Still, despite her otherwise amenable personality, with this topic, my wife becomes completely resistant and dismissive. In every instance she tries to turn it into a conversation about how I’m insecure, or how she’s “sorry I remembered things that way”, or that other guys don’t get bothered by things like this, etc. But I think that all of this is because, to her–who has not looked introspectively in any sense regarding this element of her personality–her talking about a one night stand’s ejaculate on her chest isn’t really different from one of her friend’s talking about seeing a particular movie with a long-term ex-boyfriend. As far as I can glean, to her, there isn’t a distinction, and she definitely doesn’t understand why I see one.

So, to summarize this, I’m exhausted and I feel like I’m retreating from so much of life to avoid discomfort. I feel hollow–like I’m going through all the motions of married life (working, supporting a family, being responsible), but I don’t know why I’m doing it. And while I feel like I should be grateful that my wife is a good mom to two good kids and a supportive spouse to me in spite of most other obstacles, I don’t feel grateful. I feel resentful. And worse, I feel like it’s impossible for us to address and get past this because there is no way to deal with it together. It’s really just about me dealing with my feelings, and after years and years, I never seem to get over it.

So with all that said (or perhaps more appropriately spilled), I would deeply appreciate any constructive advice regarding this situation. I am most interested in suggestions regarding how I can deal with this myself. AITA? What can/should I do to just get over it and try to live a normal family life with my spouse? Am I just such a prude that I don’t see that my wife is right, and everyone is like this I just only judge her? I am so confused and I feel like, although I feel so certain about what is objectively true about the facts, maybe I just can’t ascertain what to interpret from those facts (it is so frustrating to feel like you cannot trust your own judgments).