I fell in love for the first time at the age of 9 – Rapper, Eva Alordiah 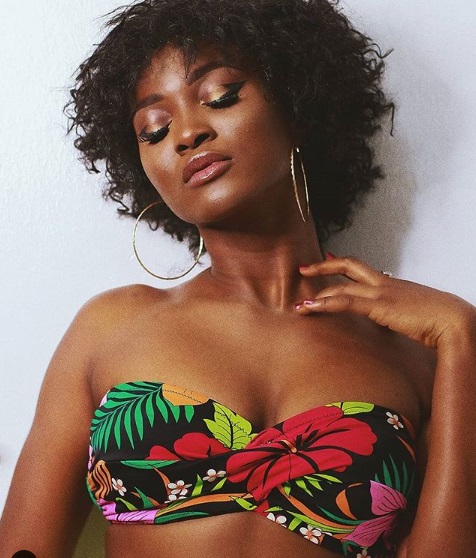 Nigerian rapper, Eva Alordiah has revealed that she fell in love for the first time at the age of of 9.

She disclosed that her first love was a 10-year-old boy and they were both school prefects. Eva who recounted telling him how much she loved him, said he stood at some spot staring at her like she was mad.

The rapper said her crush ended up telling all his friends about the encounter and they in turn taunted her at the end of the school day.

She wrote “How young were you the first time you realized you had fallen in love? Me? I was 9
He was a strong looking 10 year old in my class and we were both school prefects. We worked side by side on administrative projects and he was always so ‘ahead’. I really really just enjoyed looking at him.
Igbo boy. They always get me. One day in school, while the boys were stomping their heels and rolling in the dirt in the name of football, I mustered all courage and walked up to him with one intention. “I love you..” I said to him, with my face straight but my knees quaking under me and threatening to cave.
I remember him just standing there staring at me like I was quite mad.
Oh but maybe I was.
Mad in love.

Without warning he suddenly began to back away from me as though he had seen a ghost. Next his legs went afloat in the air as he started to run really fast.

What did I say?
By the end of school that day, I had been marked and become the target for ridicule.
To my utter dissapointment my crush had told all his friends that I said I loved him.

All his boys were angry. They chased me all the way to my house and called me names.

I learned a very important lesson about boys and men that day.
Men like the chase.

There’s just something about conquering a woman that drives them to power. Even if it may sometimes only be Ego based.

But to mark her, win her and have her, all on his terms.. that’s the Hunt that stirs up life for a man.
The woman?
Just be in position to be marked.
He won’t find you if you are always working and being isolated from the world.
This is your Angel speaking, Eva, take note”