I grew up in an abusive home. Now, the effect is about to break my marriage 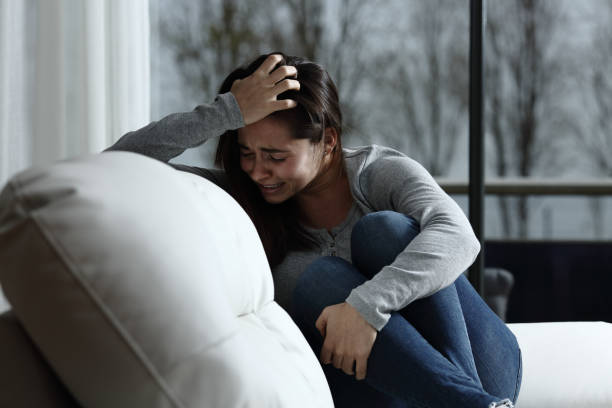 I am a married woman with two lovely children but my marriage is about to end. I grew up in a very abusive home. My father was a civil servant who closes from work early but gets home late into the night. He would usually go out with his friends to drink and gamble. When he returns, he is usually intoxicated and beats my mom at the slightest provocation.

sometimes he’d return around 2 am when we must have slept but my mom would stay in the sitting room to wait for him. Due to how long he stays before getting home, my mom is usually fast asleep on the couch so she wouldn’t hear him knock. When she finally opens the door, he shouts at her and beats her terribly. We would wake abruptly because of the noise and my mom’s cries. He repeats the cycle frequently.

ALSO READ:My Fiancee Is Always Getting Into Trouble-How Can She Be Wife Material?

One time, my mom fainted and was hospitalized as a result of his cruelty. He never came to see her nor did he foot the bills. My mom gradually grew weary and bitter. She didn’t care so much about us as before and would scold my two siblings and me when we make little mistakes. Sometimes she would refuse to give us transport fare to go to school. We had to trek long distances to school and return too.
My father on the other hand was worse. He was abusive both physically and emotionally. We couldn’t even approach him for anything whatsoever. Sometimes when he is in the right frame of mind, he would ask us about academics and other things. I was the eldest but didn’t have enough courage to confront him about his abusive life. I encouraged my siblings to be of good conduct but nothing positive came out of it.

There was a time when it was so overwhelming that I had to run away. Earlier that day, I mistakenly poured the fuel my father bought because it was placed wrongly and loosely covered. I slipped and while falling, the fuel poured. I already knew I was in trouble but managed to tell him about it. Just as expected he flared up and used his belt to beat me. It was a terrible experience and I ran away from home.
After a few days, when I couldn’t bear the hunger and harsh condition of staying in a yet to be completed building, I went home. I felt it would change the way my parents treated my siblings and I. However, it continued and even got worse. I hated my home, I hated my parents. It affected the way I interacted with people. I was usually cold and naive. In school, I was bullied frequently by my mates and seniors.

Years later, I got married to a man I met at the church. He was calm and receptive but I was still in my shell. He was nice to me and after some months, we got married. I didn’t tell my parents because to me, they had no place in my life. All that happened to me affected the way I communicated with my husband. There was a distance between us and he always complained about it. I couldn’t fully accept him to be different from my father even though he usually treated me well. I always believed he would change to become toxic and abusive like my father.

I managed to give birth to two great girls. They are smart and beautiful but there’s no connection between us. I barely communicate with them even though I try to be a great mom. When they misplace or spoil things in the house, I shout at them and beat them too. Gradually I see myself becoming just like my mom. I have grown into a hostile mom and wife. My husband complains bitterly and threatens to end the marriage.

I try as much as possible to keep my anger in check but all efforts are futile. I already spoke to a therapist and we scheduled therapy sessions. I go there regularly but I don’t seem to be improving. My kids avoid me and are very calm when I’m at home. They don’t ask me to help them do their school assignments. When I offer to help, they are uncomfortable and don’t seem to understand when I teach them.

On my husband’s part, they are great with him and are excited when he is around. I feel guilty that I can’t be close to my kids. My husband is tired of my frequent anger and terrible behavior. Most times he sleeps with the kids and takes them to school. He complains about my character and has tried to help but nothing positive happened.

Two days ago, my youngest child did poorly in her virtual classwork. When I saw her grade, I was embittered because of how much we spent to enroll her in the virtual holiday lesson. I spoke to her rudely, she got scared and cried. My husband is raving mad and says he can’t continue with the marriage. He wants to file for divorce and also said he’s taking the kids with him. I’m going crazy. What should I do? I love my husband and kids so much. I can’t afford to be separated from any of them.