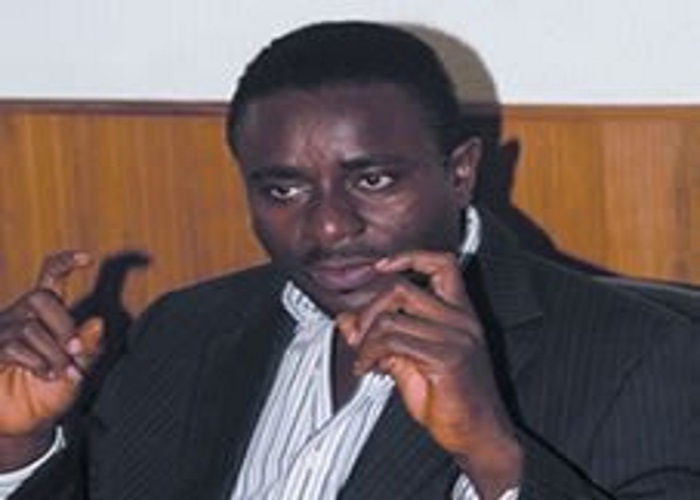 Nollywood actor, Emeka Ike is speaking even though his counterpart Ibinabo Fiberesima is in jail and he is now assumed to be the new AGN president. The actor said, he has always told people the AGN seat wasn’t fit for Ibinabo because she had a criminal case in court, but people wouldn’t listen to him. He went as far as saying, the actress might even be jailed a second time in his own case and clarified that he has no hand in her current sentence. He said this and more to Saturday Beats;

Speaking on his alleged victory in court after Ibinabo was sentenced, Emeka said; “My victory at the court has nothing to do with Ibinabo’s predicament. This case is different and if Ibinabo is going to go to jail for my own case, they should come and beg me. Instead of them to come and beg me, they are still going to the press to say all sorts of rubbish about me.

There is still a second jail term for Ibinabo. It is called contempt of court and it would also include Segun Arinze.

People have threatened to kill me but I am not scared of them. I am waiting for them and I would look them in the face and tell them that they are evil and I am righteous. I did not take the issue to the police but straight to the court and I am happy that justice has been served. Anyone that ties Ibinabo’s plight to my victory is only trying to blackmail me and I know they would not stop blackmailing me.

How can anyone say that I sent Ibinabo to jail? Am I the Giwa family or the government?”

“How can I be happy that Ibinabo has been sentenced to jail? I feel very bad. The people saying that I am happy about the sentence are actually Ibinabo’s enemies. This is a lady that was used because of the powers she could garner and control.

Some people were using her and now that they have messed her up, they are still using her in prison.

Ibinabo would never say that Emeka Ike sent her to jail, it is impossible because she knows why she is there. What I was only telling Nigerians is that people of Ibinabo’s status do not contest for any public office. Should we stop telling the truth? She had a criminal issue in court. Let’s leave sentiments, we have to be realistic. I cannot be happy about her predicament because it is rather unfortunate that she is surrounded by the wrong people and advisers; she was surrounded by sycophants. Instead of them to tell her how to solve her problem, they were pushing her to jail and now that she is in jail, they will not leave her alone.

Why did they not advise her to form a team and go to Giwa’s family house and roll on the floor for forgiveness? They could have sent her away for days but they would not send her away forever. We are a cultural people, I am sure that after going repeatedly, an elder in the family would plead on her behalf and say something like, ‘our son is dead and nothing can bring him back, let us just forgive her.’

She should have been very remorseful but she wasn’t. We told Nigerians that some of us would not agree but they began to call us names because we took the matter to court,” he said.

However, when Saturday Beats contacted the Public Relations Officer of the Ibinabo-led AGN, Moji Oyetayo; she said that the case did not involve Emeka Ike neither did the judgement validate him as the President of AGN.

She added that the guild intends to keep quiet over the present situation of Ibinabo because they believe she will be out soon.

“The statement making rounds purportedly issued by one Femi Durojaiye who claims to be the National Secretary of the Actors Guild of Nigeria is a misinterpretation of justice and is capable of causing chaos in our noble Guild. Our application for stay of execution in the judgement for the case between St. Maradona and AGN at the Federal High Court Lagos was dismissed yesterday. It has nothing to do with Emeka Ike and his cohorts.

It’s a complete misinformation and distortion of facts, borne out of desperation to cause confusion in the Guild. There is an appeal on the same judgement pending at the appeal court and we have up to 30days to file another motion for the stay of execution as granted by the Federal High Court. Our application was not dismissed for lack of merit but as a result of some mistakes in the filing process.

Why all the hues and cries? People should not be too desperate for power without being sensitive to the mood of the Guild members who are in prayer mood praying fervently for God’s intervention over the unjust predicament of President Ibinabo Fiberesima.

After all, we are professional actors and not politicians. The struggle to lay claim to power at all cost is tarnishing our reputation,” she said.