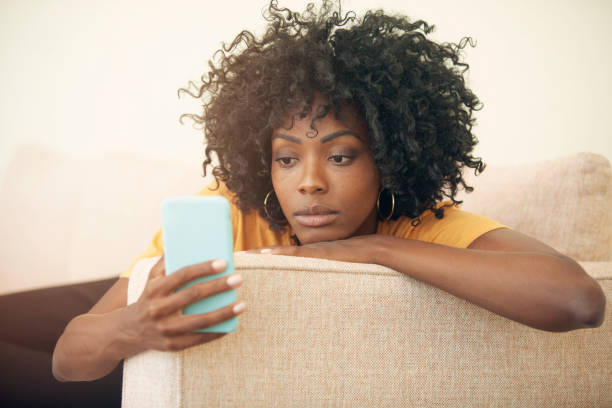 I need your community to help me because at this point, I am clueless. I got married sometime ago, precisely February 2018. My husband stays in the US and we were introduced to each other by a family friend. Although I knew him before he traveled, we were not very close. However, when we started talking about marriage, our bond grew and I was eager to meet him and also marry him. We kept talking and planned for our traditional marriage. He agreed to come back in order to carry out the marital rites. But a week to the day of the traditional marriage, he called to let me know he won’t be coming back because of some unexpected issues. He said his department scheduled a conference of which he had an important and unavoidable role to play.

I was sad but could not change the situation. I suggested we postpone the trad to a later date when he will be free to come back but he suggested otherwise. He said we can go ahead with the traditional marriage that he will ask his brother to represent him. I disagreed because it seemed stupid and I didn’t know what people would say. I have actually seen people do that in the past but I was not sure I wanted to do that. After much discussion and persuasion, I agreed. The trad went well but I was not as happy as I envisaged because he was not around.

Since two years after our traditional marriage, he has been saying he was going to work my papers so that I can join him. He wants us to spend some time and get to know each other better before we go ahead with the white wedding here in Nigeria. I provided the needed documents and his younger brother was helping me see that things are going well. It has been two years and nothing positive is coming out of his promises. Recently, he is using COVID-19 as an excuse. He said that because of the COVID-19, he could not finish up with processing my papers. I am tired of his lies and constant excuses. International flight has resumed and I have been pleading with him to at least come back so I can see him and know where I stand.

All these years, I have been staying with his family. It looks as if I am just a househelp for them. I cook, wash and clean the house. I go to the market to buy foodstuffs and other things. They used to be nice to me after the traditional marriage but recently, they have changed. They speak to me rudely and expect me to do so much work even when there are smaller children. I don’t work because he says he doesn’t want me to be stressed. He sends me money from time to time but it does not solve my problem. I am not happy.

ALSO READ:I need your advice on what I am passing through in my marriage and people’s opinion too.

My friend thinks I should end everything and move on with my life. She thinks that two years is enough for me to stay at a place waiting for someone. I am 27 now and I don’t know if I am making a mistake by waiting for him. He calls me regularly and we talk on WhatsApp. Each time he calls he is very relaxed, nice and romantic. He does not sound like he is trying to play me. My friend thinks he is married to a white woman and that’s why he is not bothered about coming home or getting me to join him. I actually love him but this wait is becoming tiring. What if he doesn’t come back or keeps giving me excuses about my papers? I am not getting younger anymore. What should I do?

Comments to I have been waiting for my husband to come home from the US for two years. He keeps giving me excuses and I’m tired of waiting.