I have cancer. He checks out other women. 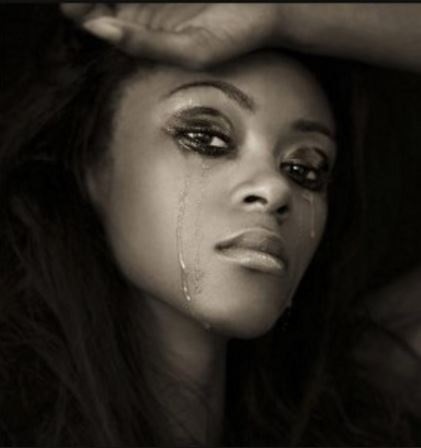 My husband and I have been married for four months and together for four years. A month before our wedding, I found out I have cancer. I’m currently undergoing treatment, but it’s caused some pretty undesirable physical changes. Due to the nature of the treatments, I’m not allowed to work out, so I’m about 15 lbs heavier than I’d like to be (and usually allow myself to be, under normal non-cancer circumstances). I’ve tried hard to accept the changes and love my body for what it is at the moment, but it’s hard.

About a month ago, my husband “liked” a Facebook page where strippers post pics. Since it’s a public page, the little “[Husband] likes Such-and-So” notification popped up on my news feed. It gutted me. But I told him calmly that it made me uncomfortable that he liked a page with half-naked women all over it, especially since our friends and family probably got the same notification in their news feeds, too. My husband flips out, says it’s no big deal, but ultimately does unfollow the page.

Today, I accidentally saw a text between he and his best friend in which my husband is talking about the wife of one of their mutual friends. In the message, my husband is talking about how nice her tits are and how she’s hot af. (The wife posts titty pics on fb all the time, so to clarify, he saw a picture of them, not the real deal.) I felt like I’d been punched in the stomach. Again, I told him how it made me feel, and again, he gets furious and says it means nothing.

The last few months have been unspeakably stressful. I feel like today’s incident is the straw that broke my brain’s back. I can’t stop crying. I. Can’t. Stop. I’m so ashamed of the body I’m in right now, and the fact that my husband is lusting after women who DON’T have fucking cancer in their perfect, perky bodies is too much to bear. A part of me hopes I die so he can just go on and get with someone who’s NOT dragging him down by being sick.

ALSO READ: My husband has horrible hygiene and I cant bring myself to be sexually attracted to him anymore.

I’ve tried hard to work with what I’ve got at the moment. I try to shower every day so I at least smell good. I try to put on some makeup and at least pretend that I don’t feel like the nastiest woman on the planet. To his credit, my husband tells me I’m beautiful. But things like today… it makes me feel like giving up.

My husband thinks I’m “punishing” him by crying. I’m trying not to. I’d love to pretend like I don’t care. Just brush it off and act like I’m fucking fabulous, you know? But I feel so betrayed. It hurts so bad. So bad.