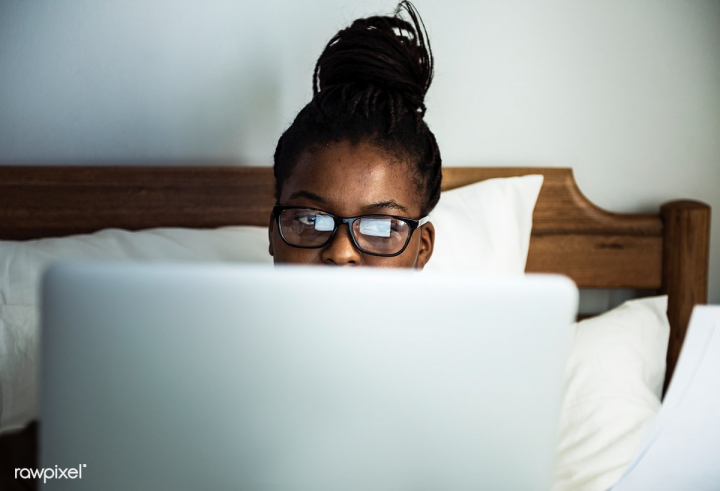 I am happily married with children. I live in Port Harcourt. The issue is with my sister that lives in Lagos. We lost our mother years ago from heartbreak cos our father left her for another woman. Since then,I have been very protective of my sister even though she is older than me with one year. We are best friends. My sister got married to a younger man two years ago. She got married at age 42.

Before she got married, she was single for almost 8 years. We were praying for her to get married cos she is such a sweet soul.But she was unlucky in relationships. Until this man came and when she told me she was getting married to him, I had my concerns but I truly did not want to judge her but support her.

Besides, this guy, who was 34 years at the time seemed like a very good man. He treated her right. My sister was glowing and in love. We were all happy for her. Not long after the marriage, my sister got pregnant and I visited them in Lagos. I had come to buy some items for my business but since she just put to bed, I decided to stay with them for like 2 months to help.

ALSO READ:My Fiance hates it when I use a condom

One of our distant cousin was also in the house. This cousin is about 19 years old. The plan was that,she would help my sister look after the baby,do some chores while she was preparing for her JAMB or so. My sister never believed in bringing house helps to the house so she felt more comfortable with a family member.

This cousin was given the room downstairs to stay while I stayed with my sister and her husband in the rooms upstairs. I never had a reason to suspect anything but a few days after I got the house, I was praying around mid night. After praying, I felt like drinking some hot tea, so I went down stairs to make my tea.

As I waited for the water to boil, I noticed faint sounds coming from this cousin’s room. My curiosity was raised so I hid behind the door and watched …about 25 minutes later,the door opened and out came out my sister’s husband.

I was devastated. When he left, I went into this stupid girl’s room and confronted her. She went on her knees to beg me, not to say anything to her cousin not to send her away. She swore never to do it anymore.

I was torn and didn’t know what to do. So I called my husband and my husband asked me to let it go because it might cause a serious problem. My sister didn’t get married in time, should not be the one to break their home. And my sister appears very happy now. I did not want her to be heart broken like our mother.

Much as I hated the advice,I let it go but I warned my sister to be careful,I told her I saw this cousin flirting with some man who looked like a married man. My sister laughed it off saying,young girls of nowadays.

I returned to PH with very heavy concern for my sister. I just kept praying for her even though I was furious with the husband. All these happened last year. I have not been to Lagos ever since. I call in to check in with my sister,that is all.

I blame myself for not telling her about this evil cousin last year. And I cannot even bring myself to tell my sister that I knew about them. Her husband is denying the pregnancy, that he knows he is not the only one that slept with this girl. That he only did it once with her. It turns out that this girl even has a boy friend but she was sleeping with both men. Young girls of nowadays…I fear them o.

We know that is a lie but my sister wants to save her marriage and believe her husband that it was only once ….I am wondering,maybe its time I tell my sister what I saw when I came to their house. My husband says its not a good idea but I think he is just being a man and trying to protect a fellow male.

I am torn. My sister is torn. In the midst of this mess,she is trying to mend her marriage but she does not know the person she is married to,that he is a whore. Should I continue to keep quiet or tell my sister?

Its possible the pregnancy is for her boyfriend,its also possible its for her husband. But whatever the case,this girl has refused to abort it and my sister is almost believing her husband is not the father…

I myself,I am ridden with guilt of my silence…if you were in my shoes,what will you do?