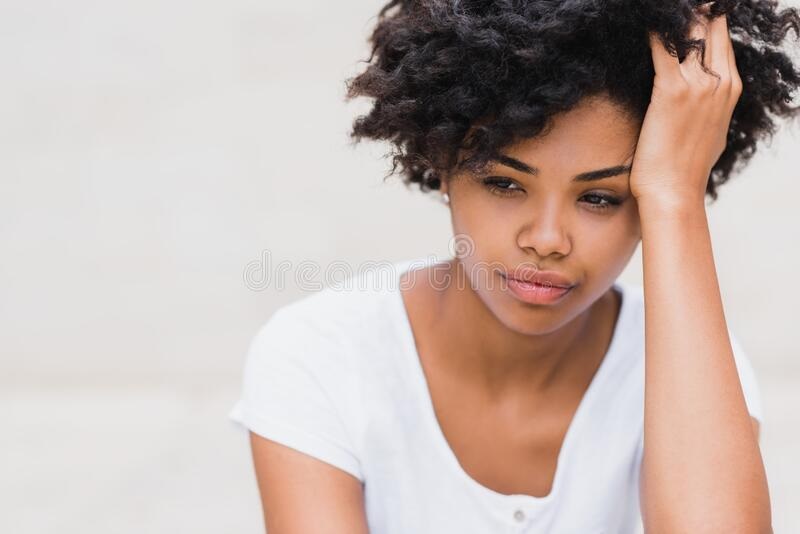 I am eight years in marriage, blessed with Three kids. I met my husband then through my mum, he is my son to my mum”s friend. I was into a relationship when we met, but my mum preferred him, the reason is that he his intelligent and educated while the person I was dating was not, stopped at o”level, but went into business and was doing well. With pressure from my mum, I decided to give in, he is intelligent. He graduated with a second class upper from the university and was a teacher in a secondary school, my mum so believed in him, that since he is educated the future will be bright.

Before the marriage when were dating his salary was twelve thousand per month, while mine was forty thousand per month with bonus attached to it. I work with an hospitality company as a supervisor. When we were preparing for the wedding ceremony, we got a lot of help financially from my place of work and group that I joined. Then his salary was twenty five thousand. We joined hands together and everything was successful. When I was pregnant, I was into NHIS, that took care of my  antenatal bills. When I gave birth, my mum came to take care of me and we are happy so I thought.

One morning he told me to give him all the money that is given to me as baby”s gift that he wants to hold it. I told him I have spent it on expensive of feeding and diaper. He said I was joking. I told him I am not. I started quarrelling and my mum got to hear abt it.

And told him, the money is for the child and mother not for the husband. He started insulting me in the presence of my mum and I replied. When my mum tried to calm the situation, my mum called my mother in law and she came over and I explained everything to her, all my mother in law could say was that for peace to reign, I should give him the money,, I told her no, that the hospital bills was taken care of by my company, and I bought all the food stuffs at home.

That I have used it, she said I should withdraw from my account and give him. I told her it will never happen. I am from Edo state, while my husband is an Igbo man. She said in their culture, what ever the woman has belong to the husband. I just pretend as if I did not hear. After the whole trouble, my mum stayed for one month and two weeks and decided to leave, by then he has stopped greeting my mum.

ALSO READ:After 3 kids and 10 years, my wife says she can’t stand my smell and has always felt this way.

My mum left. One Sunday morning I was singing, the next thing I was received was a slap from him he said I was insulting in the presence of my mum, immediately I took my son and put him on my back, maybe he will stop, he was still hitting me, our neighbors heard my cry and was knocking, he refused to open the door, then my parents were called and they came he refused and police was invited and they took us to police station and his parents came too.

All the mum could say when she came was that we should take him to prison, at most after some years he will come out, after all their is no injury on me. All the police could say is a family matter we should settle at home. We went home and it was settled. When my baby was five months I lost my job, my boss paid me off and said he don’t like working with women that have little baby that I will not give in my best in the job.

ALSO READ:I Was A Very Good Girl So Why Did God Allow This To Happen To Me?

I was out of job for some months I saw hell. He refused giving me money for my uokeep. At this period he has gotten a better job with good salary. I got another job two months after and a Saturday I was preparing to go to work and he stop me that I should give him the baby that he wants to take him to the his family house, I said just like that, that if the baby is crying who will breastfeed the baby, he said I should not bother that the mum will take care, I refused to release the baby to him, he called the mum and told her after the call.

He started hitting me, I was shouting. He locked the door as usual and kept the key in his pocket. Immediately I ran into my room and called my younger sister of what is happening, he collected my phone and destroyed it. When my parents could not reach, they knew something has happened again.

ALSO READ:I haven’t seen or spoken to my biological dad in 20 years should I write him a letter to get to know him?

They made calls and they told them husbandman has started again. My dad was very angry and took police to our house and we all went to the station, after much talk he was not remorseful, nor his family, I decided to separate from him and I travelled  to a friend’s place with my baby. After some weeks he went to my parent’s house to make trouble and he was arrested, this time my dad”s friend that works with the force took the case and was locked up.

And later was granted bail and the case was in court. After staying for months I came back and lots of people were pleading on his behalf. I beg my parents to stop the case for the sake of my son, after much the case was stopped by my dad. And we reconciled and he wrote an undertaking and I got my peace.
I started working as a kitchen manager in a school

And things got better. I had my daughter. I was taking care of myself. The only family responsibilities he does is paying the house rent which is deducted from his salary because we stay in the staff quarters. Feeding and other expenses is done by me. I noticed he don’t call my parents on phone to greet them and whenever we want to go visiting, he will look for excuse and will not go.

ALSO READ:None of my previous Significant Others ever cleaned. Am I the problem?

In 2018, I lost my dad to death, all through the burial preparation, my husband went to my family house twice and the burial date was fixed. My husband said he has no money. He was working. I am the first child. He did not contribute financially to the burial. Me and my younger ones did, with the support of our extended family. In June 2019, he lost his job out of his carelessness. He did a programme and refuse to collect the certificate and when it was time to present it, he could not and was sacked.

All the responsibilities are on me now. He refused looking for Job. All he does is he wakes up, watch television, eat and press his phone all through the day. He does not help me in any house chores. Whenever I am back from work, I continue with house chores. Last week I told him what is happening, why his he not thinking of the future, he does not care how I take care of the responsibilities on me.

ALSO READ:I Was Blackmailed Into Having An Affair With Him Several Times So As To Keep My Secret.

The next thing I received was a slapped from him twice and held him and in front of my kids. He said. I quote I WILL KILL YOU AND KILL MYSELF AND THE CHILDREN WILL SUFFER. He left and went to His family house and stayed for five days and all the mother called and said he is angry because he is broke, no money that is why. I told the mother before the covid19 lockdown, I gave him seventy thousand to give a woman that I was owing, he used the money, for peace to reign I had to repay the woman.

I am frustrated right now. My husband is not in good terms with my family. My younger ones don’t call him, since he does not call them. He is not ready to look for another job, we don’t flow like husband and wife. He keeps to himself. The only thing we do as couple is greeting. I can’t remember when last we hug ourselves,  what of sex, no go area. I just started an MBA programme.

ALSO READ: My Heart Is All Messed Up Even Though I Am Engaged To A Very good Man.

I am planning to relocate with my kids after my program and start my life all over again without him. I am living in fear. I don’t want to die and leave my kids. I have prayed, fasted and things are still the same. If I seek for a divorce, he is violent. He might hurt me. I don’t want to stay in a loveless marriage anymore. Suffering and smiling. I will be 38 years by July. Thanks.

Comments to I need your advice on what I am passing through in my marriage and people’s opinion too.