I Should Never Have Supported Buhari – Fawehinmi 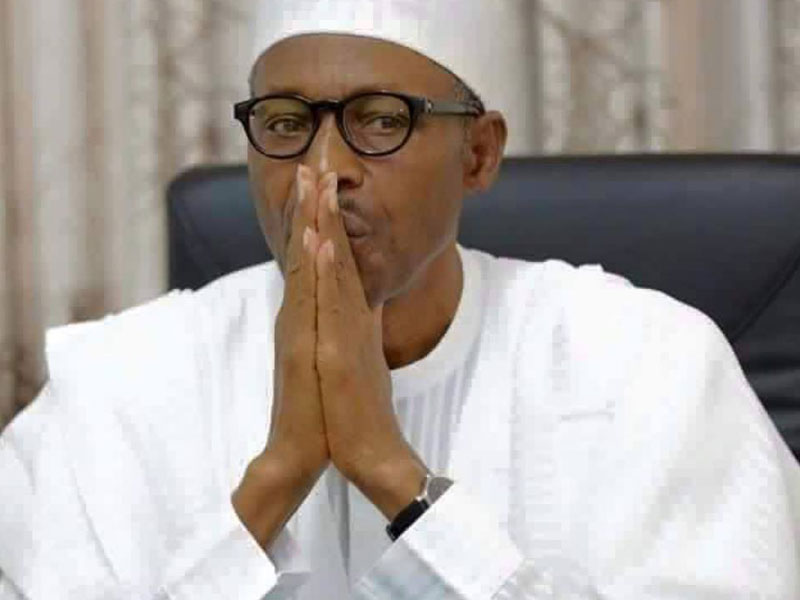 Feyi Fawehinmi, an economic analyst who supported President Buhari in the 2015 presidential election, Via his interview with Punch has advised Buhari to resign.

RECENTLY, your criticisms against President Muhammadu Buhari and his administration indicate you are against him. Why?

I supported (President Muhammadu) Buhari in the last (presidential) election. I actively campaigned for him and donated my money to his campaign. If I have turned against him, it is since he got into office and based entirely on his government’s policy choices. I have nothing personal against him.

At what point exactly did you start losing hope in Buhari and promise of ‘change’?

It was sometime midway last year. It just became clear to me that the government sold one thing during the campaign and were doing another thing entirely upon assumption of power. The sheer pointless and needless suffering Nigerians have been put through in the name of discredited ideas and waste-of-time economic policies has been too much to bear. For me, Nigeria is the point of any support and I consider it a serious mistake on my part to have blindly supported Buhari like I did in 2015.

And, are you really sorry, if you had led some Nigerians during the 2015 presidential election, to support Buhari?

Yes, I am. I feel like I told people I was a mechanic and then they asked for my opinion on a car they wanted to buy. Without opening the engine, I simply told them to buy the car based on how the body looked. I can’t speak for anyone else but the lesson for me is that no matter how much you dislike someone and want to get rid of them – and I really disliked Goodluck Jonathan’s government – it is important to always be sceptical even for your own side. We did not question Buhari hard enough. We should have pressed him harder to force him to make clear commitments and adopt clear positions we wanted before the elections. Something like taking six months to appoint ministers was such an irritating and costly waste of time. And it came as a surprise to even his supporters. But we all gave him the benefit of the doubt. We allowed him to get away with too much too easily.

The President has been accused of shielding the corruption of his close aides. Do you still think Buhari and his administration has some integrity?

At any rate, the Secretary to Government of the Federation, Babachir Lawal’s letter which carried his (Buhari’s) signature is the end of any anti-corruption illusion anyone might still carry about him. To have risked his reputation for a man who has not exactly set the world of governance on fire is a double tragedy.

Do you think he is sincere and serious about fighting corruption in Nigeria?

He might have the right intentions but it is suffering from the pervasive sickness of Nigeria – incompetence. Money is not really being recovered and cases are either being bungled or progressing very slowly. Most of what has been recovered has been real estate and expensive items. In this economy, it is very difficult to turn those things into money. And the longer people get away with not giving up their stolen wealth or their freedom, the greater their chances of getting away with it completely. This is Nigeria after all.

Does it not bother you that Buhari seems bent on having Ibrahim Magu confirmed as substantive Chairman of the Economic and Financial Crimes Commission, despite a Department of State Services’ report on and the Senate’s rejection of Magu?

He clearly likes (Ibrahim) Magu. The President has investigated and found him worthy. In the grand scheme of things, the fight against corruption is now like garri that has been overcome by water.

People feel Nigeria’s security agencies are tied to the government’s apron strings. Is there anything that can be done to free these agencies of political control?

There are examples we can copy. Romania is a good one. The anti-corruption agency has been strengthened with good laws and gets a lot of independent foreign funding. As a result, it has been able to do its job freely. You will still need to hire the right person but maybe having independent sources of funding will be a good idea.

Some people have said there is no difference between Jonathan and Buhari when it comes to fighting corruption. What do you think?

There’s probably a lot less money to steal now. Price of crude oil is $50. But it raises an interesting question: if people are still stealing the small money available now, will they steal more if oil goes to $100? How would Jonathan’s people have coped with half price of crude oil? The more important issue for me is this: Jonathan failed Nigeria. Buhari is failing Nigeria. Depending on how Buhari finishes his term, he can still overtake Jonathan in the unfortunate stakes.

Some have called for the President’s resignation. Do you think that is a good idea?

(Calling for the President’s) resignation won’t be a bad idea. It is the honourable thing for him to do. He is clearly not up to the job; that is the fundamental problem with this government.

What do you think about the Presidency’s communication strategy?

I always say that Aso Rock was designed in a way that there are no windows looking outside onto the world. It sounds trivial but it says something about how we have designed leadership in Nigeria. We have physically isolated our leaders with the way we built the seat of power. Maybe one day we will get lucky by having a historically aware president who decides to bring leadership closer to the people. Until then, I don’t expect anything out of Aso Rock to change.