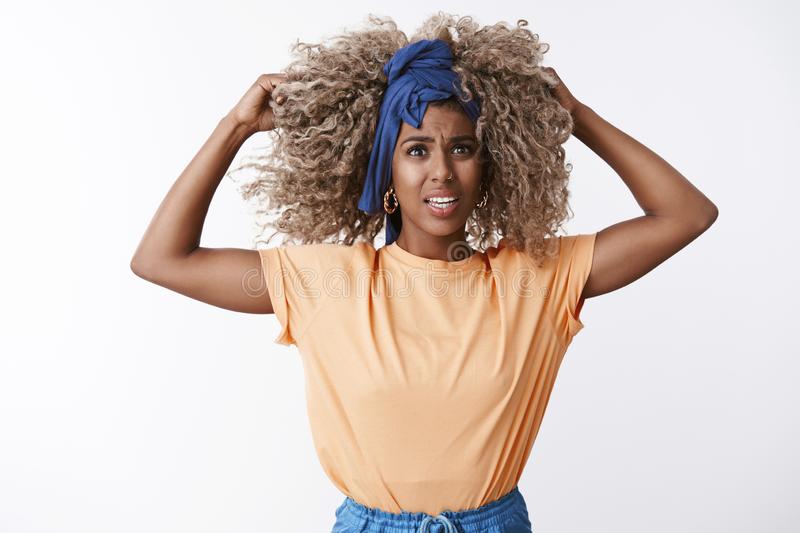 I’m a young lady of 28 years and I’m in a serious relationship with Temi for about three years now. I work with an insurance company and everything was moving on fine and good until my fiancé lost his job some eight months ago. Since then, everything changed for the worse. Temi became so broke that I had to cater for him and myself with my salary, which is not so bogus.

Temi submitted application for several new jobs to no success. He always nags about not having a job and to be candid, the whole situation wearied me and sucked life out of me. So, I decided to take personal steps concerning the issue.

ALSO READ: I don’t know how to stop resenting my wife.

I met with my boss at the office and discussed the matter with him. I asked him if he could help in any way. My boss accepted to help me but he requested sex with me. I turned down the request because I love Temi so much and can’t imagine myself doing such “immoral” act.

However, I soon got fed up with my fiancé’s jobless situation, financial difficulties, and incessant nagging. I was desperate to get my fiancé out of his financial mess because I love him and I “unwillingly” accepted the request to sleep with my boss but with an agreement that it will be a one-time stuff.

Just as my boss promised, my fiancé got the job some weeks later though he wouldn’t be working in the same branch with me.

Unfortunately, according to the company policy, all new employees must undergo a three-month training program before confirmation. As a result, Temi had to be trained at the same branch where I work, which is also where my boss that gave him the job works.

ALSO READ: My Mother-In-Law Deliberately Humiliated me so she can test me if I was a virtuous & humble woman.

Less than four weeks after Temi started working in the company, my boss began to make sexual advances toward me, which I always turned down. My boss couldn’t let me stay for a day without requesting for sex. I reminded him that the stuff was supposed to be a one-time affair but he replied that he couldn’t get the act off his mind and wants more of it. One day, my boss cornered me in one of the empty libraries and despite my best efforts to keep him off me, he began to grope me. It was at this moment that Temi walked in on us.

Instantly, Temi quit the job and left town without a word. He doesn’t even pick my calls to hear my side of the whole story or what led me into doing it and I don’t know where he is currently.

I’m so confused as I only tried to help but now everything has turned sour and the world is falling on me now.

Is there anyway or anything I can do to save the situation?