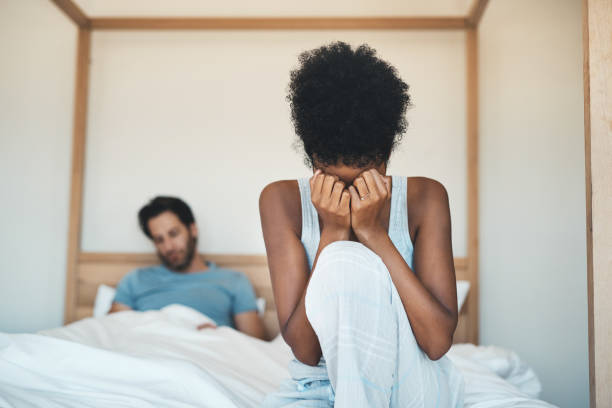 Please help me. I need help for your readers. I am a young man mother of one lovely girl. My marriage is just four years old and in this four years, I no longer have peace. This marriage no longer brings me joy and it gets worse as the day goes by. I keep hoping and praying that things get better but nothing happens. I married my husband when I was 23. Then I was quite young and naive. I honestly did understand fully what marriage was about. I made the mistake of my life by getting married when I did and not just getting married then but getting married to this man. I was overtaken by youthful exuberance, my friends were getting married and I needed a man too. I had many men coming for my hand in marriage but because I wasn’t well informed, I wasn’t on the lookout for the things that mattered, for the things that will give me lasting peace and satisfaction. I was driven by money and appearance which my husband had.

He spent on me then and I felt things will remain as sweet as that. When we finally got married, the first year was okay but subsequently, things began to change. He began to stay out late. Many times he comes home by 10pm or even later than that. Whenever I complained he said he was working to make money. I became very lonely, I wasn’t working but he was giving me enough money. I was already pregnant yet he wasn’t always available for me. I noticed that he was speaking to different girls on the phone and whenever I asked him, he would say that they are his business partners or clients. I began to see pictures of various women on his phone. Apparently he would go to club without me and spend on random girls he meets there. I complained many times but all to no avail.

Things got so bad that he rarely slept at home on weekends. I did everything I could to make him change. I even dressed better and started working out to maintain my shape. A lot has been happening and recently, I got down with fever and chills. I have treated malaria yet nothing happened. It was when I went to the hospital and they ran some tests that I found out I was positive. Left for me, all I wanted to do is die and get over this feeling. It was a nurse that helped talk to me and encouraged me to stay back. I told my husband and he wasn’t even angry or anything.

Read also: I got a scholarship to study abroad but my husband wants me to turn it down.

I was surprised and I later found out that he was also positive. I was furious. He put me in this difficult situation. He knew he was positive yet he didn’t deem it fit to inform me or even guard himself properly from infecting me. I am very confused. I have a child aged 3 and I want to give her all the love she can get. I want to be alive and raise her. I also want to raise healthy and HIV negative kids. I hate this marriage but I don’t know what to do. My husband is obviously cheating which explains how he contacted the virus. I am depressed. I need help on what to do. I am very very confused