I think my father is having an affair and I don’t know what to do. 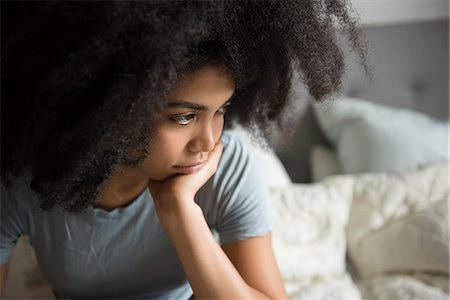 I honestly don’t know anywhere else to ask for advice in this situation. Before I tell you about this affair that I think my father is having I gotta give some information about my family.

I’m the only child who lives with my parents and my grandma. We have a school and a travel agency, but even though it’s theirs, only my mother takes care of it. She’s a teacher, a consultant and the school’s coordinator and it’s not that she takes my father’s work, my father actually doesn’t do anything but paying the bills. All of this is really stressing for her specially because she didn’t want the school or the travel agency from the beginning (in 2012) and besides all of this she has to deal with my father at home. He’s an alcoholic and it’s really complicated to be dealt with.

When I was young he had drinking problems as well and he stopped because of our church and because my mother told him that if he kept drinking she would take me and we would disappear. After that he made an effort to stop drinking and he actually made it. But in 2017 we stopped going to church and he started smoking and drinking again. In the beggining it was okay because he only drank with my mother, but after a while he stopped caring and started drinking almost everyday. But not only that, he drank in work time, he started going to our school totally drunk, he started disappearing (and we never knew where he was) and many other things.

So besides the trauma she gone through coming back, my mother also has to deal with my father being a totally irresponsible person. And all of this worries me because I am the only person she has at home. Her relationship with my grandma is really complicated (there’s a lot of emotional abuse in their relationship but I’m not gonna get into it) so she can’t rely on her. Me and my mother are really close and we talk a lot about all of this things, but we are still mother and daughter. Ever since my father started disappearing and hidding himself from us, we’ve been dealing with a lot of feelings, the main ones are betrayal, carelessness of his part and sadness.

During these 3 years of my father drinking and smoking again a lot of problems started to appear in our relationship as a family and in my parents marriage. My mother’s love language is Quality Time (and so is mine) and having a husband who disappears and stays distant whenever he can hurts a lot. She’s not a jealous person, but everytime a woman started flirting with my father she warned him and thank God he always listened to her. But something that she always told me was “if your father find another woman, I’ll go away and I’ll take you with me”. I would totally go with her, specially because I don’t trust my father anymore (ever since I was a kid he always valued trust the most, but with all of this happening my trust on him started to shatter, because I can’t count on him anymore).

So, after telling you guys the context we can come to the present time. Recently I used my father’s phone to use Google (because my phone was away and my computer was out of internet) and I saw that he was looking for an apartment to move in (on April 2nd). This seemed strange and something told me to look in him text messages and I saw that he excluded almost all of his chats, then I went to his calls and there was recent calls to our former secretary (a lot of calls by the way). I was “okay, I think this is normal, they’re maybe keeping their friendship, nothing wrong with that.” but the feeling of “your father might be having an affair” started to grow inside of me.

Then, yesterday, my father left his phone unlocked in the table on out front yard and I took it to look again and there it was. She sent “the crush is back” to my father. The moment I saw this message I froze. I thought “no, no, no. This might be just a strange joke between them” and scrolled up and… It seemed like they were dirty talking. She was sending him pictures of herself and they were not talking as friends, they’re both married… This is wrong. If their marriages are not okay, it’s not a free pass to start an affair.

My father doesn’t know that I saw it and I didn’t comment it with my mother. I don’t know what to do… I don’t know if I talk to my father about this or if I tell my mother or if I don’t do anything, I really don’t know what to do… Things were starting to get better here at home, but after discovering this I feel like someone hit me in the face. I’m not knowing how to feel specially having to deal with this quarantine and it’s effects as well. Please, help me…