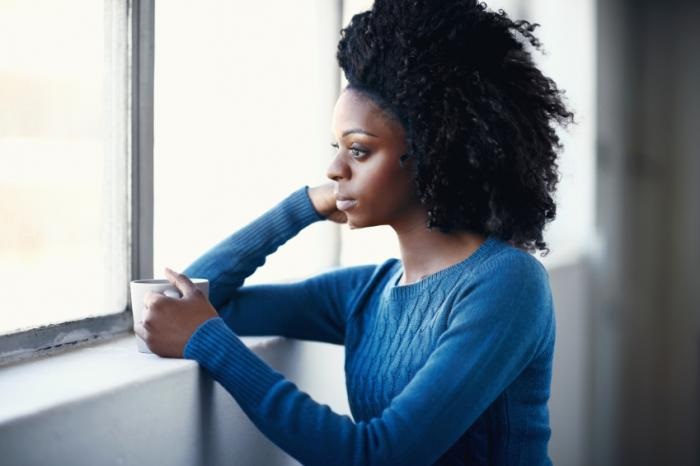 Please hide my name. I’m a single mom of 3 children. I got married to my secondary school sweetheart at the age of 20. Simply put I got pregnant and I thought we’re going to leave happily ever after. Our marriage lasted for just 6 years.

The entire six years was full of abuse,violence and neglect. Probably due to the fact that both of us were young. Things were also not ok for us financially. Love wasn’t just enough. We’re always in debt. We lived from hand to mouth.

At some point,I had to send the kids to live with his parents. We were thrown out of our flat for overdue payment. My husband was having an affair and on top that,he would beat me and blamed me the reason for all these misfortunes.

The last straw was when I walked in on my husband sleeping with my best friend who I borrowed money from. Apparently,my husband was sleeping with her for money too. I was heartbroken. I asked for divorce and a year later,I was a free woman.

Ever since then,I have vowed never to depend on a man for anything. I got a new job after a year and was also able to save some money. I also managed to start a beauty shop business which is growing gradually. My objective is to be a truly self-sufficient woman.

Therefore, I refuse to listen to all the guys that have been coming for me because I am not ready financially. I just want to be in a position to have my own souce of income before i will even consider marriage. I think i have suffered enough. I wouldn’t wish to repeat my mistakes yet again.

Ever since then,I have been involved with a number of guys…nothing serious. Until finally I met Wale (not real name). A wonderful man. Quiet and very kind. We met about 7 months ago. We started as just friends until he started asking for something more. I told him I wasn’t ready so he suggested we take it slow. From taking it slow, Wale and I became inseparable.

He’s my biggest fan and support. He is alright financially. He loves my kids and his family is cool with me. Mine too. However,with my past,I am aware anything can change therefore I adhere to my vow not to get married until I am financially steady by my own standards.

ALSO RAED:This Marriage Is Abusive And Full Of Jealous Rage:How Is This Love?

Wale believed he could change my mind,he told me he loved me and proposed to me. My heart was telling me to say yes but my head was telling me of the truama I went through for 6 years. I told him to give me some time. I told him I wasn’t ready.

Wale became withdrawn. I believed it was for the best. Probably he’s not the one. I am 28. I need a foundation I can rely on. I’ve got 3 children to maintain. I can not marry and throw my future to any man. Now, Wale is asking that we have a break. I agreed.

That is certainly where I have a major problem. I miss him a great deal. I texted and called him. He replied that I should not bother to reach him. He said he wants me and if I wasn’t ready,I should not give him false hopes by leading him on. I miss him terribly. I don’t want to do. Its harder not to miss him particularly in this lock down.

ALSO READ: Help: I Think I Am Loosing My Mind Over This Thing Called Marriage. Pt 1

Absolutely everyone thinks I should give him a try. I have known him for only 7 months. How do I know this will work when the man I knew for over 10 years betrayed me? The fear I feel when I think of what money made me and my ex do keeps ringing in my head. My ex slept with my best friend. He beat me. I can never let that happen anymore.

But I also cannot stop missing Wale. I am frustrated and need someone to talk to. Please advise me.