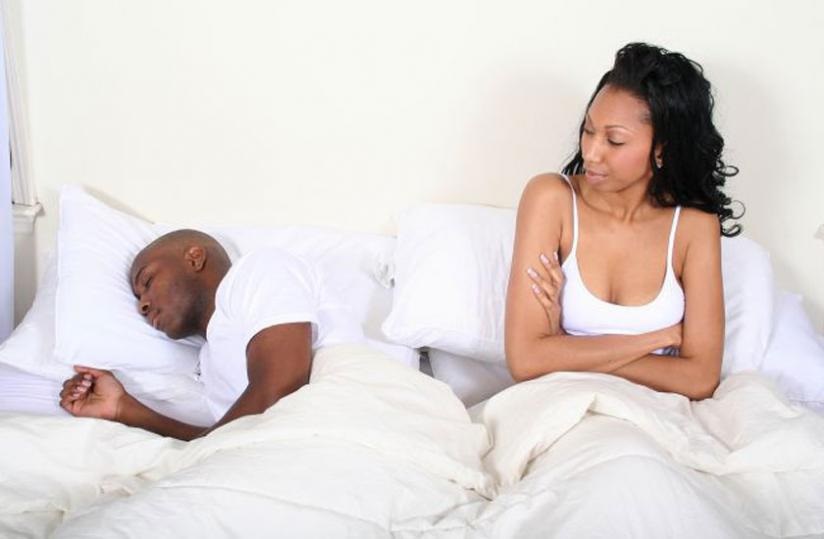 We have been married for just a year and we were seeing each other off and on for 10 years since he was deployed a lot and I was stationed somewhere else. Both of us previously had 1 son from past relationships, and 3 years ago we had a son together. In the last 7 to 8 years my husband has gained about 175 pounds and he gets depressed. When I tell him to cut back, he snaps at me. So I fall back and allow him to do his thing, then he says I’m not really supportive.

This is my problem with SEX, because all he does is sleep. And when he do it he does not last at all. Before my marriage I had a major problem with initiating sex, and in a sense I still do since I was afraid of rejection or ridicule. But with him sleeping all the time, like right now while I am typing this, he is sleep! Even when i really want him to touch me and he did not,if i do all i get is i am tired. Ans like i said even when he have a go at it he does not last at all. I mean NOT at all. Which is very frustrating to me.

What can I do? It’s boring. He’s not affectionate; he doesn’t just come up and hug me, or kiss me. And he’s always home, too… no smacks on the butt…UNLESS…he’s feeling some type of way. Other than that, he’s not playful, no morning kisses, no goodnight kisses. When I talked to him about it, he said he has never been that affectionate. He say he is “an African man”

I was thinking could it have been because of our distance before, but this is a real issue. He’s not emotionally available for me. I begged him to please go to counseling sessions and he has declined two times. I don’t know anymore. Any advice? Am I asking too much?

ALSO READ:I Was A Very Good Girl So Why Did God Allow This To Happen To Me?