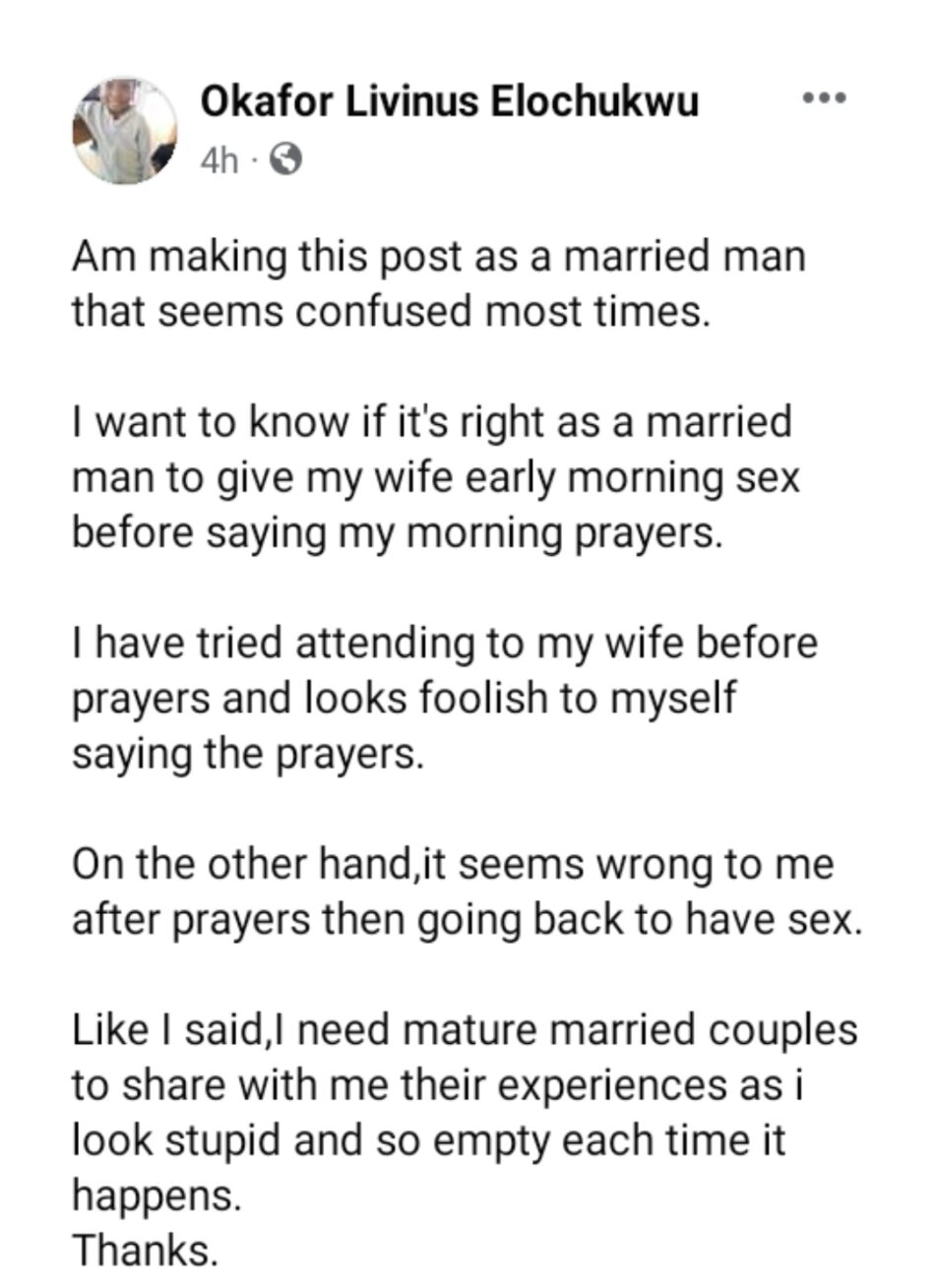 A Nigerian man, Elochukwu, has said he is “confused, feels empty and stupid” as he doesn’t know if it’s wrong to have sex with his wife before saying morning prayers.

“I have tried attending to my wife before prayers and looks foolish to myself saying the prayers. On the other hand, it seems wrong to me after prayers then going back to have sex. Like I said, I need mature married couples to share with me their experiences as I look stupid and so empty each time it happens. Thanks.”

Responding to his post, some Nigerians said there is nothing wrong with having sex with his wife before and after morning prayers as they are legally married.