‘ I was spoilt by my mum.I couldn’t do any wrong with my her’ – Trump opens up about his mum ahead of US US Mother’s Day 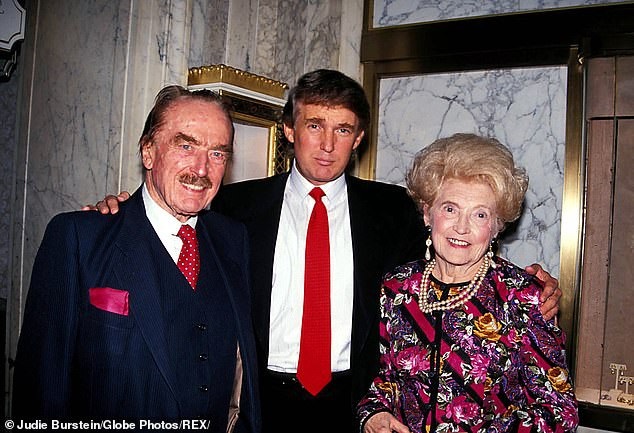 American President Donald Trump, has this to say about his late mother, Mary Anne Trump, saying the way she brought him up played a major role in his development and success.

Trump’s mum, Mary died in 2000, 16 years before he became president, but she lived long enough to see her son become a celebrity businessman.

Prior to Mother’s day this Sunday, Trump paid tribute to his mum, that was born in Scotland, moved to the U.S. at 17, married Fred Trump in 1936, and gave birth to five children.

‘I had a great mom. I love my mom and she loved me,’ Trump told the hosts of ‘Fox & Friends’ during a nearly hour-long interview

”Which is I must tell you, is probably not easy to do but she was so good to me. I couldn’t do any wrong, which is a big problem, which is maybe why I ended up the way I ended up.’

Trump has said in the past he got ‘my sense of showmanship from my mother.’ and though his dad Fred died a year before his mother, Trump moving away from politics, government and talks about the media, talked about the qualities his parents had an instilled in him.

‘My mother was somebody that gave me a lot of confidence and she believed in me,’ Trump, 73, noted. ‘My father was the same. I mean, he was a strong guy but he was a good man, very good human being, very good person. And he always had confidence in me so. And in our family.’

Trump, who has been divorced twice and is the father of five children via three wives, also said he was at an advantage for having grown up in a two-parent household.

‘I had really, really good parents and it’s such an advantage in life. You know, you see so much with the single families and the children growing up without a mother or father or whatever it may be. It’s a very tough situation for people – a very very tough situation,’ he noted.

”I miss my parents” Trump ended in a sober note.