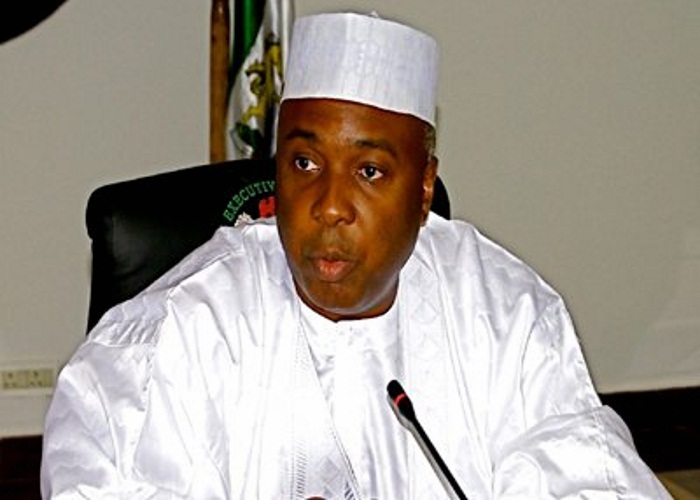 Despite riding on the support of Peoples Democratic Party (PDP) lawmakers to become president of the eighth Nigerian senate, Bukola Saraki, has come out to say there is no chance he would return to his former party in the aftermath of his party’s unfavourable disposition to his new office.

He also described President Muhammadu Buhari’s reaction to Tuesday’s election of national assembly leaders as a “great mark of leadership” and a demonstration of his commitment to democracy.

In a statement issued by his media office on Wednesday, Saraki commended Buhari for remaining steadfast in his commitment to the principle of non-interference in national assembly politics even in the face of great pressure on him to act otherwise.

“This shows that Mr President is a man of great conviction who, in his own words, belongs to everyone and to no one,” the statement read.

Describing insinuations that he would return to PDP as “absurd and laughable”, he said: “It is just cheap blackmail by political adversaries who want to call a dog a bad name in order to hang it.

And those making such desperate allegations should remember that I willingly left the PDP on matters of principles when the party was in power.

“Is it now that the party is out of government and in opposition that I will now return, having worked so hard for my party in the last general election?”

He stated his commitment to the All Progressives Congress (APC), saying he remains a loyal and leading member of the party who is committed to contributing his quota to building the party and helping it deliver its promise of change to Nigerian people.

He urged all members of the national assembly to put politicking behind them and settle down for the proper business of legislating.

“Our country is going through very trying times. We have the challenge of insecurity in the northeast, the massive problem of youth unemployment and general economic challenges occasioned by fall in revenue.

“All these against the huge public expectation that propelled our party into office. We have pursued our legitimate aspirations appropriately.

Now that the issues have been settled, we need to move on in the larger interest of our people, without whose mandate we would not have been in a position to aspire to these positions in the first place.”

He stated his readiness to embrace every member of the senate regardless of their political leanings in the leadership elections just concluded.