“If they are not punished my soul will not rest” – 26-year-old Indian singer commits suicide by hanging, accuses husband, his family of torture in suicide note 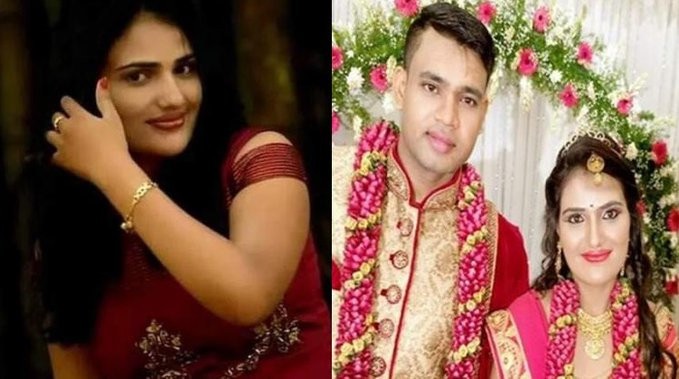 26-year-old Kannada playback singer Sushmitha Raje committed suicide by hanging herself at her mother’s house at Malagala near Nagarabavi in Bengaluru on Monday.

In a suicide letter, Sushmitha accused her husband Sharath Kumar, software engineer, his aunt Vydehi and his sister Geetha of torturing her over dowry.

The singer got married to Sharath Kumar in 2018 but differences soon cropped up between the couple, forcing her to stay at her mother’s house. The talented playback singer had lent her voice to films such as Srisamanya and Haalu-Thuppa.

According to Deccan Herald, before committing suicide, she had sent one last message to her mother at around 1 am, however her phone was switched off at that moment. She was found her hanging from the ceiling by her brother at 5:30 AM on Monday morning.

Her mother has filed a case against Sharath and his family seeking justice as they allegedly harassed her for dowry.

The singer’s parents also informed the media about dowry allegations and stated that when Sushmitha got married, her mother had given her 150 grams of gold, which her husband had sold to build a house, following which she was forced to leave the house.

“Amma, please forgive me. Sharath (Kumar) used to torture me after listening to his mother Geetha. I have suffered for my own mistake. My in-laws Geetha, Vaidehi and Sharath are responsible for my death. They should be punished for making me take this extreme step… If I spoke a word they would tell me to get out of the house. Sharath was so stubborn, he never listened to me. I do not want to die in my husband’s house. If they are not be punished, my soul will not rest. Please bury or cremate my body in our native KR Pete and let my brother Sachin conduct the last rites. Amma, do not feel (bad) for me. Take care of Sachin who will be with you.”

“Sharath had met my sister in a cultural programme and sent some of his relatives to talk about marriage. Both families agreed and the wedding was held in July 2018. Police should arrest the accused soon. We need justice”  he stated.

A recent report in the International Business Times states that Sushmitha’s parents have donated her eyes after the sad demise of their daughter.