Ikorodu Robbers Bomb Their 3 Operational Vehicles As They Escape 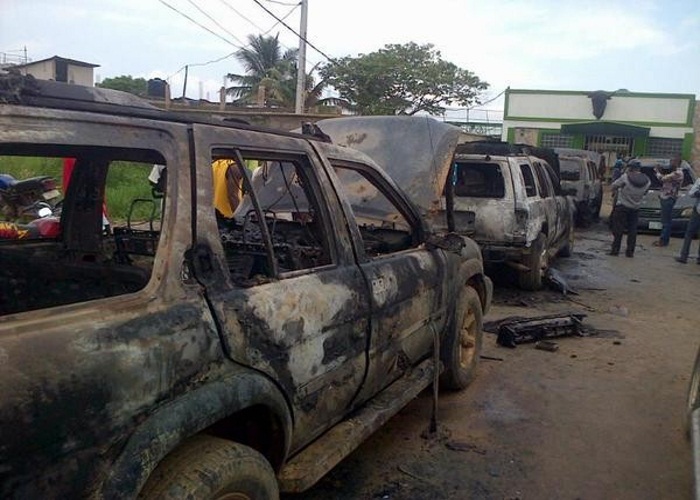 The dare-devil robbers who stormed Ipakodo area of Ebute in Ikorodu yesterday morning enacted a move that is reminiscence of Hollywood movies when they bombed the three operational vehicles as they escaped through the waterways.

The robbers numbering about 13 according to an eye witness came in three Sport Utility Vehicles (SUVs), which they used to move the stolen cash in three ‘Ghana must go’ bags to a nearby jetty.

The robbers left with their loot and made way for the jetty nearby where a speed boat was waiting.

On loading their loot they bombed the 3 SUV’s they came in with explosives and ensured they were burnt before they left via the speed boats.